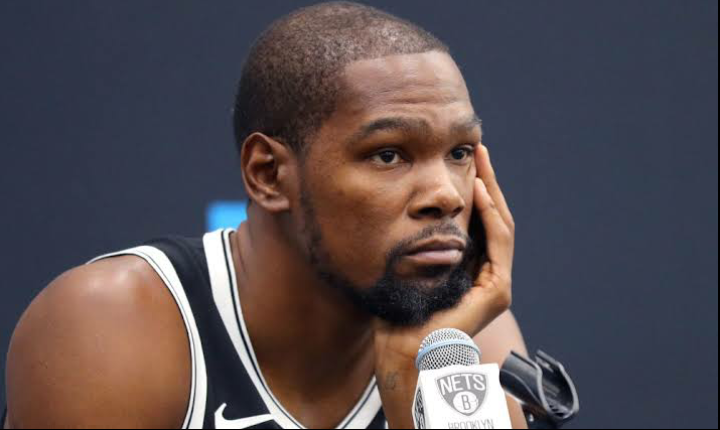 Kevin Durant was among four members of the Brooklyn Nets who tested positive for the coronavirus (COVID-19) , the superstar told The Athletic.

The team announced Tuesday that multiple players were diagnosed with the deadly virus, without disclosing names.

“Of the four, one player is exhibiting symptoms while three are asymptomatic,” the team added in a statement. “All four players are presently isolated and under the care of team physicians.”

After the statement was issued, Durant told The Athletic he tested positive for the virus. He told the outlet he was feeling fine.

“Everyone be careful, take care of yourself and quarantine. We’re going to get through this,” Durant said.

The 31-year-old Durant has not played this season due to a ruptured Achilles tendon suffered during last year’s NBA finals, and isn’t expected to return when the league eventually returns from its COVID-19 suspension.

There now are seven known cases of COVID-19 in the NBA.

The Jazz’s Rudy Gobert and Donovan Mitchell, along with the Pistons’ Christian Wood, have also tested positive for coronavirus.

The Nets played neither Utah nor Detroit in February or March before the NBA suspended play last Wednesday, upon learning of Gobert’s positive test.

Durant hadn’t traveled with the Nets for most of the season while rehabbing from Achilles surgery, but he sat on the Brooklyn bench last Tuesday when they played the Lakers at Staples Center, the Nets’ final game before the shutdown.

The Nets added in the statement that the organization is notifying anyone who has had known contact with the players, including recent opponents. They said they are working closely with state and local health authorities on reporting.

“All players and members of the Nets travel party are being asked to remain isolated, closely monitor their health and maintain constant communication with team medical staff,” the statement said. “The health of our players and staff is of the highest priority to the organization and the team is doing everything within its power to ensure that those affected receive the best care possible.

“As always, we appreciate the support of our fans, partners and surrounding community, and we wish all those who are battling this virus a speedy recovery,” the statement read.

It is important for women to be financially independent — Dr Adesanya

5 ways to build an event budget