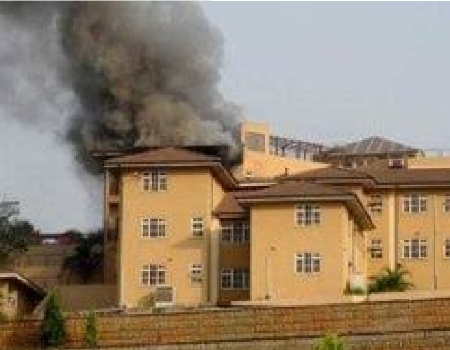 Share
A house belonging to former president Olusegun Obasanjo, has been gutted by fire.
A section of the Abeokuta house at Ita-Eko area, was on fire at about 9.30 p.m. on Wednesday.
The fire, according to the State Director of Fire Service, Fatai Adefala, affected a store in the building.
The fire was reported to have been caused by a power surge.
Tribune Online gathered that domestic staff and residents of the area were able to contain the fire from spreading to other parts of the building.
However, Adefala, said the fire was put under control following swift response of his men to the scene of the incident

Do Premier League Teams Need to Win Any More?

Fayemi approves Amotekun bill, to be presented to assembly today