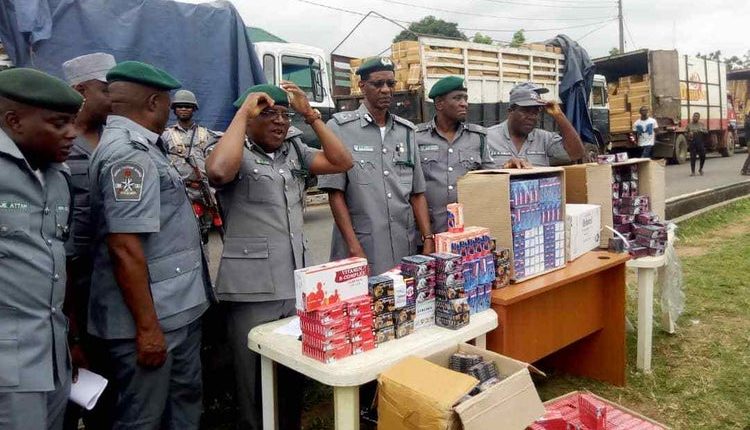 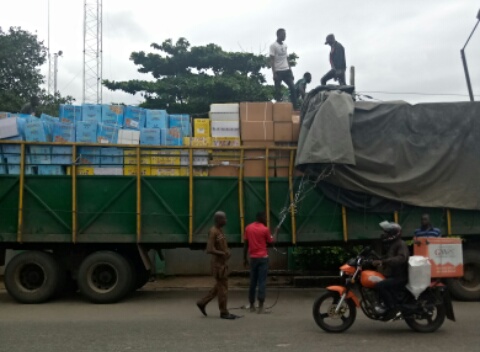 The Nigerian Customs Service (NCS) on Friday revealed that its operatives attached to the Comptroller General of Customs (CGC) Strike Force has uncovered 21 trailer loads of banned codeine drugs and Tramadol stored in a warehouse along the Oshodi-Apapa express road in Lagos.
This is even as the Service revealed that while an arrest has been made, search is still ongoing for the owners of the warehouse.
Addressing journalists in Lagos on Friday, the Spokesman of the NCS, Deputy Controller of Customs Joseph Attah, revealed that the banned and other controlled drugs are currently being evacuated for custody and subsequent judicial process and destruction.
According to the Customs Spokesman, “Operating on the erroneous believe that festive period is a time of merriment and less vigilance by security operatives, smugglers of illicit drugs, during the just concluded Eid El-Kabir celebration, attempted to move trailer loads of Codeine, Tramadol and other deadly drugs from Lagos to other parts of the country.
“On Sunday, August 13, 2019 at about 2:00 am, the operatives of the Headquarters Strikeforce, Zone A intercepted one truck laden with dreaded codeine, tramadol and other controlled pain killers along Maryland, Ikeja.
“This was immediately brought to the attention of the team leader, Deputy Controller of Customs, Usman Yahaya, who deepened preliminary investigation that led to the discovery of a warehouse along Oshodi-Apapa express road stocked to the brim with dreaded tramadol, codeine and other unregistered pharmaceutical products without NAFDAC numbers.”
He added that the warehouse was immediately sealed with a detachment of well armed Customs officers stationed  to guard the place.
He hinted that the Comptroller General of Customs, Col. Hameed Ibrahim Ali,has directed a thorough investigation with a view to bringing all those connected to the drugs to justice.
He stated that evacuation of the drugs to the Federal Operations Unit(FOU), Zone A warehouse has commenced.
It will be recalled that following the widespread outcry over intake of codeine cough syrups, the Federal Government in May 2018 banned the importation of the products while placing extreme control over tramadol usage.