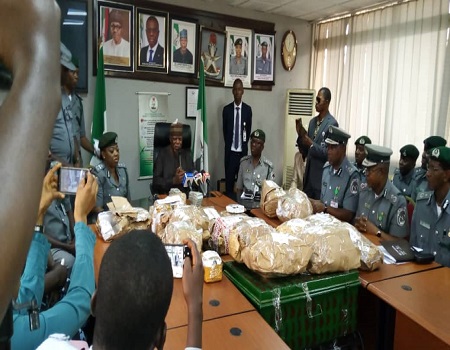 The Nigerian Customs Service (NCS), on Tuesday, disclosed that its men at the International wing of the Murtala Mohammed Airport intercepted $8.6m Dollars concealed inside a bus belonging to the Nigerian Aviation Handling Company (NAHCO) at the Tarmac section of the airport, preparing to be smuggled out of the country without proper declaration.

Disclosing this to newsmen in Lagos, the Comptroller General of Customs, Hameed Alli also stated that in a similar operation, the Federal Operations Unit, Zone A of the NCS also intercepted 9,504.1 kilogram of pangoling scales worth N10.2bn at Isheri estate in Lagos.

Customs intercepts illegal goods worth N997m in Sokoto in 2 months