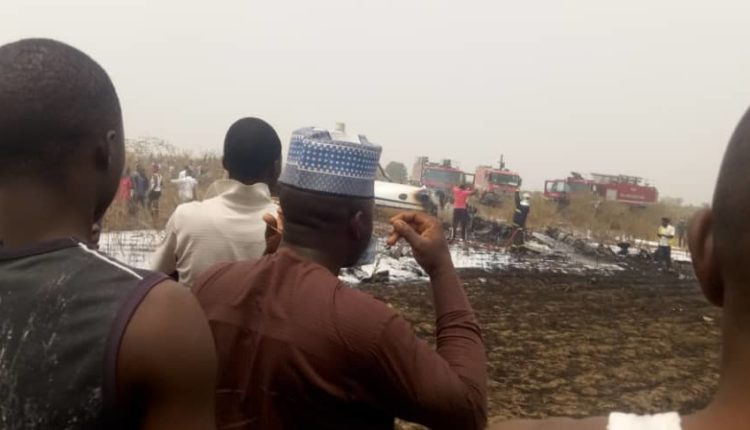 A Boeing 350 aircraft said to belong to the Nigerian Air Force NAF201 crashed today in Abuja.

Sources say that the aircraft, which departed Abuja six persons on board including two crew.

It was gathered that the aircraft reported engine failure at time 1039 and crashed landed on the final approach path of Abuja Runway 22 at time 1048UTC.

Fire services have arrived at the scene of the accident.