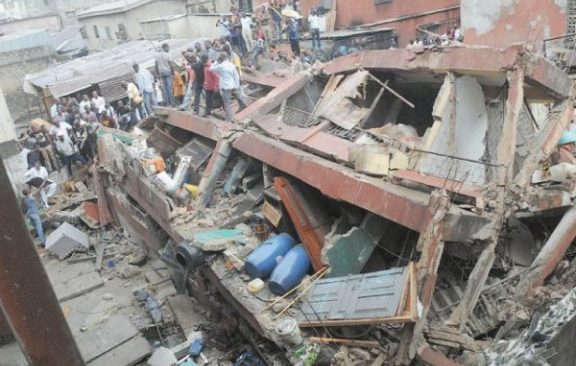 The Lagos State government has swung into action, as it, on Friday, began the manual demolition of buildings marked on Freeman Street at the Ita-Faji area of Lagos Island, two days after the collapse of a three-storeyed building on Mercy street within the neighbourhood.

Acting General Manager of the Lagos State Building Control Agency, Omotayo Fakolujo, shedding light on the development said, officials were acting based on the governor’s directives.

Paul Emema, Behind the clouds Producer, dies at 52