BREAKING: 12 feared dead as trailer rams into shops in Ondo 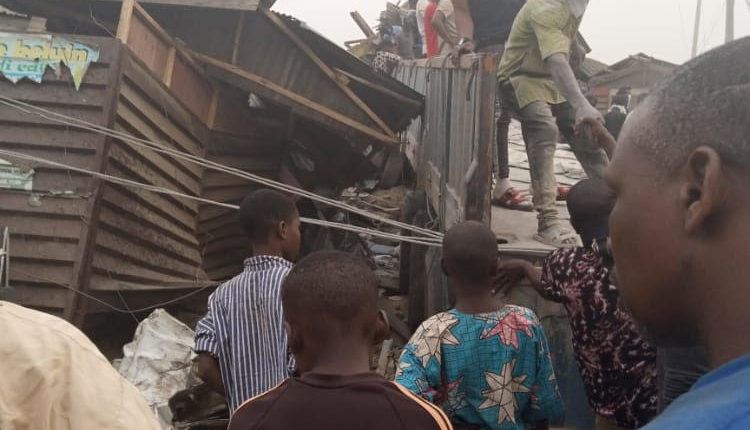 Tragedy struck in the university community of Akungba-Akoko, headquarters of Akoko South West Local Government Area of Ondo State, on Saturday as no fewer than 12 people were feared dead in a fatal road accident.

It was gathered that the incident happened around 6:00 p.m. on Saturday when an articulated vehicle lost control and rammed into shops along the road.

The trailer was said to be coming from Obajana in Kogi State, heading towards Akure when the incident happened. 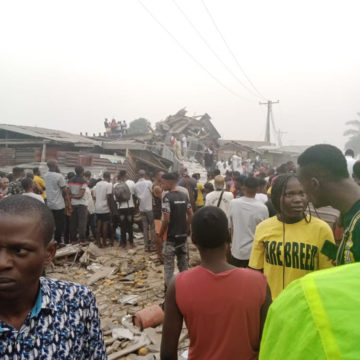 A source told Tribune Online that the truck was descending the Okerigbo hill near Adekunle Ajasin University when it lost control as a result of faulty brake, killing people said to be 12 in number.

The source disclosed that no fewer than 12 bodies had been evacuated as of the time of filing this report with reports saying some people might still be under the truck.

The source explained that the accident occurred very close to the main entrance of the Adekunle Ajasin University, when it rammed into the shops around the school gate, killing people inside the shops and others around it.

The incident caused gridlock at the busy road as vehicles could not move for hours in the town.

The State Police Public Relations Officer (PPRO), Mr. Tee Leo Ikoro, who confirmed the incident, said eight bodies had been recovered from the scene of incident.