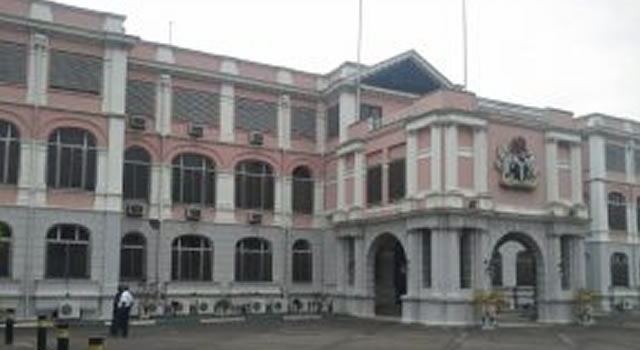 Ten person said to have been associated with Lagos State House, Marina, have tested positive for coronavirus and are currently in isolation.

The state Commissioner for Health, Professor Akin Abayomi, disclosed this on Thursday while giving update on the situation of the pandemic in the state.

According to him, the status of the 10 people was discovered just as the third test conducted on the state governor, Mr Babajide Sanwo-Olu and his wife which came out negative.

The commissioner said: “I am glad to announce that #COVID19 Incident Commander, Governor of Lagos State @jidesanwoolu and the First Lady of Lagos @jokesanwoolu have consistently tested negative to #COVID19 following three consecutive tests conducted on them recently.

However, 10 persons associated with Lagos State House in Marina have tested positive to #COVID19.

“On behalf of Lagos State government, I therefore implore you all to continue to embrace the #MaskUpLagos initiative and observe all precautionary measures such as physical distancing, hand washing and other personal hygiene.

“All directives on easing lockdown in Lagos State remain in force. It is our collective responsibility to do all we can to stop the spread of #COVID19 #ForAGreaterLagos.”