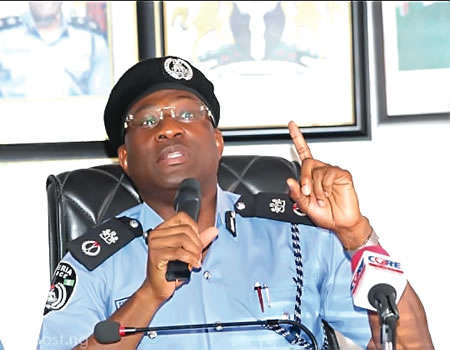 A case filed by the Lagos State Commissioner of Police against an Onikoyi prince, Tajudeen Onikoyi alongside three others; Idowu Johnson, Bolaji Onikoyi, and Abari Onikoyi before Magistrate A F Adeeyo of an Igbosere Magistrates’ Court on allegation bordering on breach of public peace was on Friday dismissed as the court struck out the criminal charges leveled against the defendants.

The defendants were arraigned on a three-count charge that hinged on breaching public peace and disturbing people who were doing their lawful duty and damaging some properties.

The charge against them read, “That you Prince Tajudeen Onikoyi ‘m’, Idowu Johnson ‘m’, Bolaji Onikoyi ‘m’ and Abari Onikoyi ‘m’ and others still at large on the 18th March, 2012, at about 11am at Parkview Estate, Ikoyi, Lagos in the Lagos Magisterial District and did conduct yourself in a manner to cause breach of peace by disrupting workers at Parkview Estate, Ikoyi, Lagos and thereby committed an offence punishable and contrary to section 116 (1) and (D) of the Criminal Laws of Lagos State of Nigeria, 2011.

“That you Prince Tajudeen Onikoyi ‘m’, Idowu Johnson ‘m’, Bolaji Onikoyi ‘m’ and Abari Onikoyi ‘m’ and others still at large on the same date, time and place in the Lagos Magisterial District did unlawfully damage the wall, fence and store value yet to be estimated, property of P I Fafuwa Onikoyi and thereby committed an offence punishable and contrary to Section 337 of the Criminal Law of Lagos State of Nigeria, 2011.

“That you Prince Tajudeen Onikoyi ‘m’, Idowu Johnson ‘m’, Bolaji Onikoyi ‘m’ and Abari Onikoyi ‘m’ and others still at large on the 7th May, 2012 at about 2.00pm at Parkview Estate, Ikoyi, Lagos did conspire together to commit felony to wit: threatening of life and thereby committed an offence punishable under Section 411 (2) of the Criminal Law of Lagos State of Nigeria, 2011.”

But the defendants had pleaded not guilty to the case and after the prosecution had concluded its case, they had filed a no case submission application against the charges brought against them.

In upholding the no case submission, Magistrate Adeeyo held that the prosecution has failed woefully to prove beyond every reasonable doubt the allegation against the defendants.

“In our criminal justice system, without exception, without any exception, the onus and duty are on the prosecution throughout to establish and prove the guilt of the defendant beyond a reasonable doubt and this burden never shifts.

“It is not essential for the prosecution to prove its case with absolute certainty, but the ingredients of the offenses charged must be proved as required by law and to the satisfaction of the court.

“There was no clear and distinct evidence which weapon each defendant carried to damage the alleged fence on the land. No evidence was also led to who amongst the four defendants’ damaged the fence of the land and with which of the weapons allegedly brought on the land.

“PW1 gave evidence that Oba Onikoyi sent a photographer to the land to take photographs but no photograph was tendered by the prosecution to show the extent of the alleged damage on the fence.

“The prosecution has woefully failed to show that any of the four defendants’ conducted himself in a manner likely to cause a breach of the peace in a public place.

“Having reviewed each of the 3 counts, I hold that the defendants’ submission of No Case Submission succeeds as the three counts charge against the four defendants’ cannot be sustained with the evidence before the court.