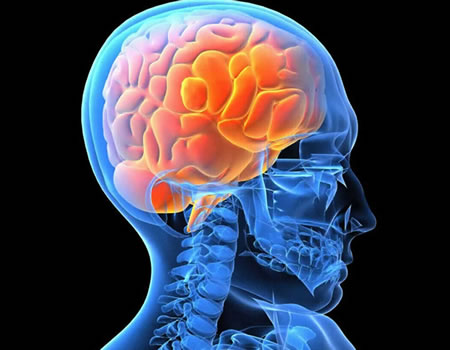 An International Professor of Neurosurgeon, Professor Temitayo Shokunbi said brain and spinal cord injury was now a pandemic in Nigeria, with road traffic accidents being its topmost cause.

He spoke at the 4th Annual General Meeting, workshop and scientific conference or the Critical Care Society of Nigeria (CCSN), in Ibadan, with the theme “Neuro-Critical Care: Prospects and Challenges”.

Professor Shokunbi stated that brain and spinal cord injury had huge human and economic cost, adding that between 1000 and 1200 cases are seen at the University College Hospital yearly.

According to him, increasing use of the motor vehicle as a means of public transport has increased the incidence of head and spinal cord injuries in most parts of the world aside increasing social unrest.

Professor Shokunbi said the fact that many drivers and road users that cause road crashes are less frequently brought to book gives others the confidence to engage in same recklessness, and so the need to be more critical in enforcing and optimising traffic regulations to reduce road crashes.

He lamented the dearth of neurosurgeons in the country and called for an urgent redistribution of the specialists, who he said are largely concentrated in the urban areas where they have the equipment to do their job.

The don called for an increased budgetary allocation for training, upgrade facilities and research to ensure the gap can be filled.

He said, “I made the point that many more patients are suffering neurotrauma for many reasons, there is an increase in urbanisation in the population.

“People are migrating from the rural to the urban areas. When you urbanise, you motorise and coupled with this, the infrastructure for traffic regulation needs to be optimised.

“Some states are trying, like Lagos State, but in very many parts of Nigeria, traffic flow is rather haphazard and poorly regulated and offenders are quite frequently not brought to book.

“And so, they feel free to drive the passengers anyhow, sometimes to the detriment of the passengers and resulting in this neurotrauma cases. Neurotrauma is damage to the brain and the spinal cord because of the application of mechanical force.”

Earlier, CCSN’s President Dr Shina Ogunbiyi said “with many research activities now taking on a global dimension, it is imperative that we discuss best practices and current concepts in the management of neuro-critical injuries and incidents in the Intensive Care Unit (ICU), including examining the role of pre-hospital trauma care, while touching on quality and safety management in the ICU.”

Chairman, Local Organising Committee, Dr Babatunde Osinaike said the theme of the conference is relevant “because recent findings have shown that an average ICU in Nigeria is occupied mostly by patients with a head injury following road traffic crashes.”