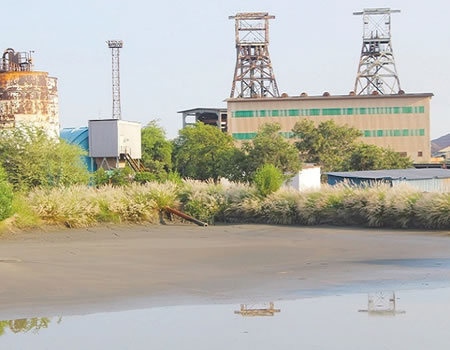 Botswanan copper and nickel producer, BCL Ltd. will be sold off piecemeal after the company failed to find a buyer, its liquidator said on Friday.

BCL was placed under provisional liquidation in October after the government said it could not afford the 7 billion pula (685 million dollars) needed to keep the company running.

“Our first priority is to still try and sell BCL as a going concern, but if that fails we can now sell the assets, which include the smelter and the mine shafts separately,” liquidator Nigel Dixon-Warren of KMPG told Reuters.

Botswana’s oldest and biggest copper mine ran into trouble because of low commodity prices, diminishing ore grades and the ever deeper shafts needed to extract its resources.

BCL owed creditors about one billion pula when it was placed under provisional liquidation.

Dixon-Warren said that potential buyers had been put off by a 271 million dollars lawsuit filed by Norilsk Nickel against BCL over its botched deal to buy a 50 per cent stake in a South African nickel mine from the Russian company.

“We have had some strong interest from many buyers, but the issue of the Norilsk lawsuit has been complicating matters,” Dixon-Warren said.

He said that BCL’s Tati Nickel mine, which it bought from Norilsk had attracted strong interest from potential suitors.

“Botswana’s high court has extended the provisional liquidation of Tati by six months to allow a deal with an unspecified suitor to be concluded,” Dixon-Warren said.