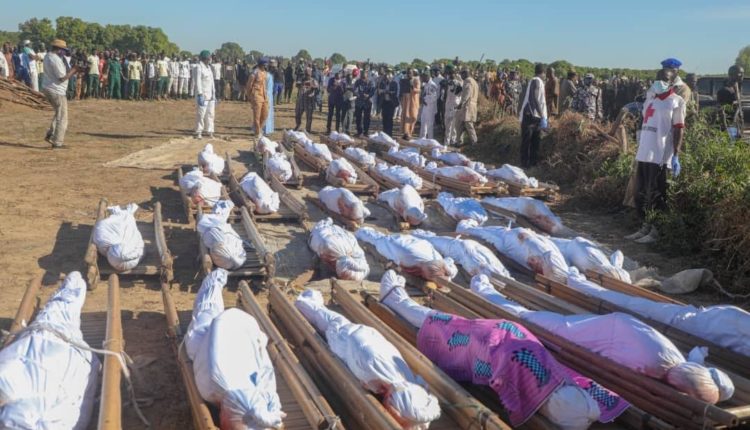 The Coalition of Northern Groups (CNG) has reacted to the massacre of innocent farmers in Zabarmari of Borno State by Boko Haram, saying federal government and federal troops can no longer be relied upon to protect northern communities.

This was even as they declared it is apparent that Northern Nigeria has been abandoned.

Reacting to the killing of dozens of people in Zabarmari, spokesperson of the coalition, Abdul-Azeez Suleiman said on Sunday that the “federal government and federal troops can no longer be relied upon to protect northern communities.

“The president and federal troops keep telling us that they are doing something about the mounting insecurity, but by now all northerners must have realized that our region has been abandoned at the mercy of a rampaging insurgency that is continuously wasting the greatest asset of North; its population and weakening it politically and pauperizing it economically.

“Enough of taking excuses and fake promises of action from an administration that has so far acquired the reputation of being the worst in the history of our nation in terms of any capacity to generate confidence in achieving security of citizens lives and properties.

“All northerners are by now alarmed at the rising insecurity of communities and their properties in the North with the escalation of attacks by bandits, rustlers and insurgents leaving the only conclusion that the people of the North are now completely at the mercy of armed gangs who roam towns and villages at will, wreaking havoc.

“It is no longer in doubt that the current administration of Muhammadu Buhari and state governors have lost control over the imperatives of protecting people of the North, a constitutional duty that they swore to uphold.

“The situation is getting worse literally by the day as bandits and insurgents take advantage of the huge vacuum in the administration’s political will and capacity to act which they exploit with disastrous consequences on communities and individuals.

“We categorically declare it unacceptable for the people of the North to continue living under this level of exposure to criminals who attack, kill, maim, rape, kidnap, burn villages and rustle cattle, while the president and security chiefs issue threats and promises that have no effect.

“The situation under which all northern communities live today is no longer tolerable and we must all rise to protect ourselves and demand an immediate and comprehensive overhaul of the leadership of the nation’s military and the entire security and law and order assets,” Suleiman said.