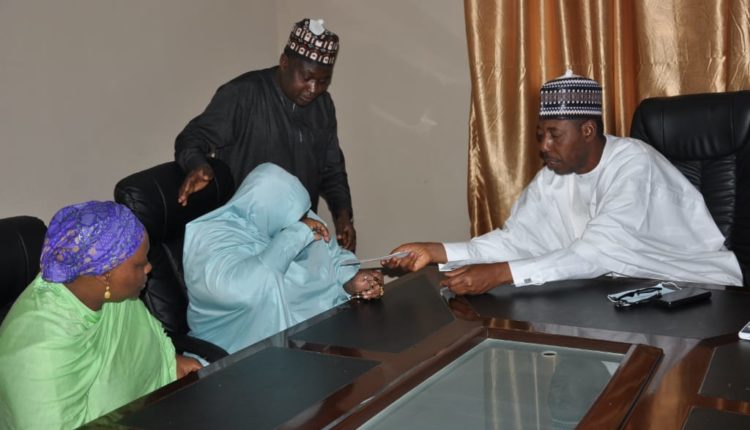 Governor Babagana Zulum of Borno State on Wednesday presented a cheque of N20 million to the widow of late Colonel Dahiru Chiroma Bako, who died as a result of the Boko Haram attack around Damboa.

The governor presented the cheque during his condolence visit to the widow at the Guest House of the 7 Division of the Nigerian Army, Maiduguri, where he also announced donation of N2 million each to the families of three soldiers who died along with the Colonel during the attack. 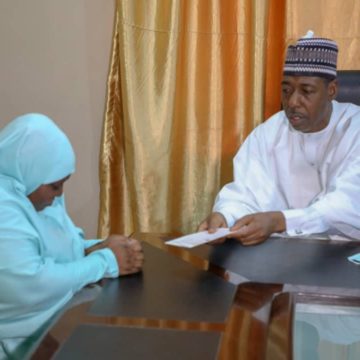 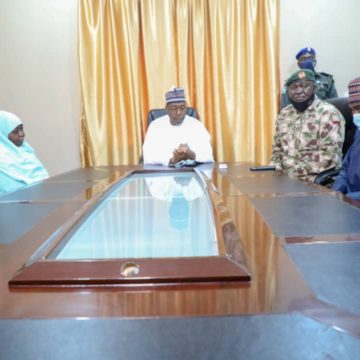 Governor Zulum had announced the donation of N20 million to his families during the burial of the late Dahiru Bako on Tuesday.

The governor was received during the visit to the widow by the acting General Officer Commanding 7 Division of the Nigerian Army, Brigadier General A.K. Ibrahim and other officers of the division.

According to the governor: “I was made to aware that three other soldiers also lost their lives along with Colonel Bako. Therefore, I have made the donation of N2 million each to their families.”