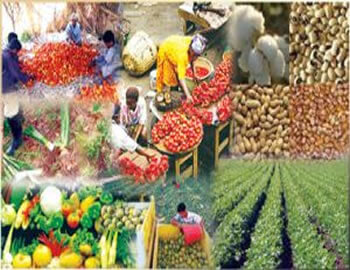 THE Nigeria Union of Agricultural and Allied Employees (NUAAE) has called on governors of the 36 states of the federation to invest more in agricultural sector in order to boost the nation’s economy.

The group noted that the humogous security votes of the governors should be used to improve the agricultural sector and make it attractive for the youths so as to provide employment opportunities.

Speaking with journalists in Ado-Ekiti,the Ekiti state capital, the National President of NUAAE, Comrade Simon Anchaver explained that more attention must be given to agriculture if the country is determined to build a strong and virile economy.

Anchaver who spoke during the delegate congress of Ekiti Chapter of the union at the weekend said the current economic crisis being faced by the country was as a result of over dependence on oil at the expense of other rich sectors particularly agriculture.

All the executive members were returned unopposed for the second term in office.

In his acceptance speech, the chairman Comrade Ayodeji Ojo promised to consolidate on his past achievement while he urged government to employ more agricultural professionals to boost the economy.

Represented by the National Trustee of the union, Tunde Ogundana, Anchaver expressed concern over the refusal of some state governments to implement the N30,000 new minimum wage.

He urged  government at all levels to waive or reduce taxes on agricultural implement and equipment  to make agriculture attractive to youths.

Also, Chairman of Nigeria labour Congress NLC, Ekiti State chapter, Mr Kolapo Joshua charged those in Agricultural sector to propose more ideas to government on how to develop the agricultural sector and harness its benefits for economic development.

In his acceptance speech, the chairman Comrade Ayodeji Ojo promised to consolidate on his past achievement while he urged government to employ more agricultural professionals to boost the economy.