Arts and Reviews
By Sikiru Obarayese On Oct 5, 2022 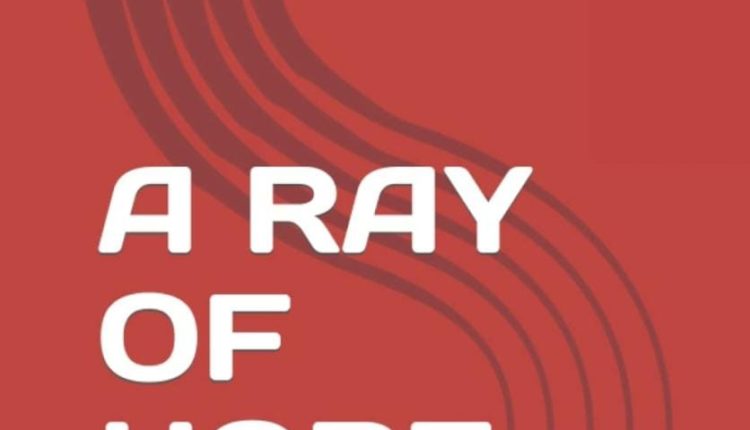 A Ray of Hope by Michael Sunday Adelusi is a collection of African poems.

Each poem tells a story and each story links to the last poem you read.

Through his poems, he puts a spotlight on societal ills while arguing for a saner society.

Globalisation has broken boundaries and made us one by placing a dominant culture over a less superior one through the outlets of mass media, ultrafast transportation and a collapse of physical boundaries.

But poetry has a way of encasing all these and providing salient answers. Poetry is an ocean, a brimless belly that holds answers to all things.

Flipping through the collection A Ray of Hope, one would find simple, narrative poems with an overarching tone of activism. Albeit not entirely a protest piece, this collection boasts of poems that reflect the current socio-cultural temperament of Africa.

“A Long Walk from Home” is a three-stanza poem and a social commentary on migration or other forms of cultural dislocation. The poet’s voice in the poem seems to be screaming ‘repatriation’. Through the metallic birds, the poet refers to the stolen treasures; the sculptures stolen away from Nigeria during the British invasion of the Benin kingdom.

“A Tale of the Salt” recounts a simple story of a bride poorly trained on how to add salt to taste. The simple story teaches the moral virtue of moderation. It could also be a metaphor for the extra effort that women invest in their lives to look beautiful or to be independent. A little too much effort can easily turn an independent woman into a narcissist or a pretty woman into a surgical Barbie.

The poem, titled “Silence”, compares the mute and the muted. The ‘mute’ refers to those born without the ability to speak while the ‘muted’ refers to those who have been silenced by oppressive regimes or structures.

The silence of the latter in the face of tyranny is likened to the mute.

“Voiceless,” a poem dedicated to the African continent, highlights the slow pace of development in Africa. The black continent is personified and encouraged to speak out to be heard. With “There are no chains on your necks anymore”, the poet references the days of transatlantic trade and how the freedom of Africans was taken away during colonial rule.

The poet’s point is arguable as many philosophers have accused the western world of the long-term devastation on the black continent under the colonial structures that had been erected in the African psyche. A case in point is Walter Rodney’s book titled How Europe Underdeveloped Africa.’ Rodney argues that a combination of power politics and economic exploitation of Africa by Europeans led to the poor state of African political and economic development evident in the late 20th century but he still recommended that Africa should dismantle the capitalist structure to develop. Another writer who shared this sentiment is Frank Fanon in the book, The Wretched of The Earth. The author provides a psychological and psychiatric analysis of the dehumanising effects of colonisation upon the individual and the nation and discusses the broader social, cultural, and political implications of establishing a social movement for the decolonisation of a person and of a people.

Despite all the references to the sad developments in Africa, the poet maintains a hopeful stance at the end of every piece of poetry in the collection.

Dressing up correctly during menstruation

A peep into a poet’s synthesised thoughts

Hope rises as dons intervene in neglect of local languages