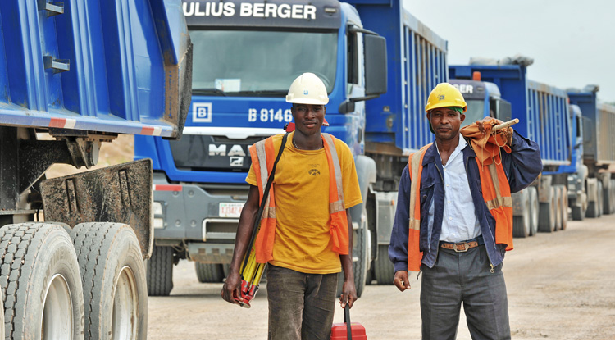 The contractual agreement will ensure the project is completed and delivered in four years.

The Federal Government, through the Federal Ministry of Power, Works and Housing made a commitment of $60 million for the project, while NLNG will provide the remaining $60 million to ensure successful completion of the project.

Speaking at the agreement signing in Abuja on Wednesday, Minister of Power, Works and Housing, Babatunde Fashola described the meeting as concluding part of the procurement process for the project execution.

He said the gesture was in compliance with the Economic Recovery Growth Plan (ERGP) of the federal government, commitment to develop the Niger Delta as well as the partnership with the private sector as major contributor to national growth.

Fashola said: “Essentially we will formally sign the agreement today. It concluded the procurement process for starting the constructing process of the Bonny bridge.

“This is important for many reasons. First, it complied with the ERGP which the President launched to revive the economy and one of the pillars of that plan is infrastructure provision…. therefore, NLNG has decided for reasons which you will hear from them to add funds on equal basis to the project to the value of N120.6 billion and they will be taking 50 per cent of the cost of delivering the project while government takes 50 percent of the cost.

“This is a major statement in partnership with private sector to deliver public use. We gather here to improve the quality of lives in the Niger Delta, spend more in developing infrastructure. We assure that immediately work starts, we will start to see improvements in the various value chains.”

In his remarks, NLNG Managing Director, Tony Attah, said the project will open the Niger Delta to new frontiers of development and secure better opportunities for the rural communities.

He disclosed plans to make the Bonny mini-Dubai, adding that a sum of N3 billion will be committed annually to develop the region for the next 25 years.

He said the gesture was part of the company’s efforts to contributing to the development of the region.

“This is a 40 kilometres road that connects Bonny kingdom to Port Harcourt and open up the community to the rest of the world. If you live in Port Harcourt and you want to visit Bonny, you can only do that through boat but now it will open it for greater opportunities,” he said.

On his part, the Managing Director, Julius Berger Nigeria Plc, Wolfgang Goetsch, said the tripartite agreement and the agreement between the construction firm and FMPWH have demonstrated government commitment to the nation’s development.

He said local enterprises would be engaged to supply raw materials while the project will also create jobs for the rural communities.

Goetsch pledged timely delivery of the project in alignment with the contract agreement.

“The contractual time for delivery of the project is four years if everything goes as planned. We are already doing mobilisation and soil assessment, the dry season is approaching which is better for us in this type of project,” he added.

Company embarks on construction of road, drainages for community in Kogi