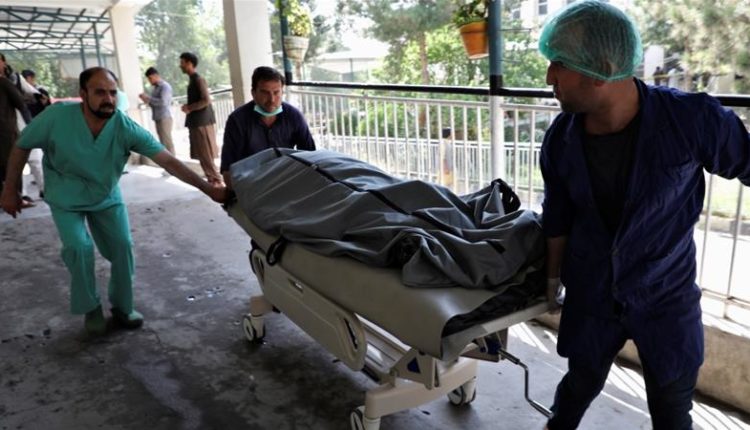 Three explosions have rocked Afghanistan’s capital Kabul, killing a total of at least 15 people and wounding dozens of others, according to officials.

Eight employees of the ministry of mines and petroleum were killed and 27 wounded in an attack on their bus, ministry officials said in a statement on Thursday.

Five women and a child were among the dead.

Minutes after the blast, a suicide bomber blew himself up a few meters away, killing at least seven people and wounding 20.

“First a magnetic bomb pasted to a minibus exploded, then a suicide bomber blew himself near the bus attack site and the third blast happened when a car was blown up by unknown militants,” said Nasrat Rahimi, a spokesman of the interior ministry in Kabul.

“The death toll could rise from all the three blasts,” he said.

A spokesman for the Taliban claimed responsibility for the car bomb alone but denied involvement in the other attacks which were later claimed by the Islamic State of Iraq and the Levant (ISIL, also known as ISIS) armed group.

Zabihullah Mujahid, the Taliban spokesman, said nine foreign forces were killed in the car bomb attack and two vehicles destroyed, but government officials did not confirm the Taliban claim.

ISIL said on the Telegram channels affiliated to the group that it targeted an Afghan government vehicle before detonating another explosive when Afghan security forces arrived to assist.

The Taliban has continued to launch daily assaults, mainly targeting security forces, even while holding negotiations with the United States aimed at ending the 18-year war.