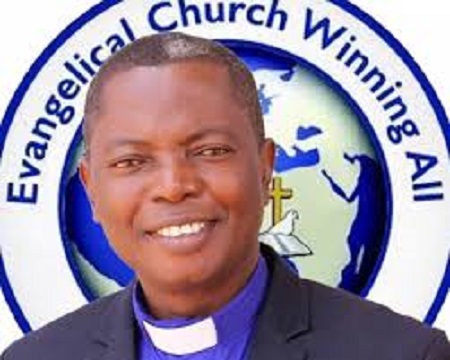 THE President Evangelical Church of Winning All (ECWA) Reverend Stephen Panya Baba has declared that murderous activities of Boko Haram have contributed to the rise in the number of widows and orphans in churches and called on the Federal Government to show more resolve and take more concrete steps in stopping the evil carnage.

Reverend Baba who made the call while delivering his inaugural speech shortly after his inauguration as ECWA President yesterday said failure to prosecute the elements would only confirm the increasingly perceived notion that Boko Haram has rebranded themselves in the form of the Fulani jihadist herdsmen, and that they were carrying out their nefarious activities under the protection and covert support of the federal government and security agencies.

“Government must rise to the occasion and put an end to the wicked plan to annihilate Nigerians, especially the Christians, in the Middle Belt Region and zones of Plateau, Benue, Taraba, Southern Borno and Southern Kaduna and other parts of the North East because the corporate existence of our dear country is being threatened” he warned.

He also called on the federal government to intensify action towards release of the reaming Chibok girls and of recent Leah Sharibu who is being held captive by the Boko Haram, for the singular reason that she refused to deny her faith adding that Leah deserved a Nobel prize for her strength of spirit and courage in the midst of pain and suffering.

Reverend Baba further called on the international community to act on behalf of Leach Sharibu like they did Malala Yousfzai and enjoined all Nigerians to join the families of the Chibok girls who are still being held captive and Sharibu in prayer towards their release.

Said he: ”ECWA in collaboration with other sister churches and adherents of other faiths, shall continue praying, working and doing all city can through dialogue and other means, for peace to reign on the Plateau and in Nigeria as a whole.

While we pray for peace in our land in obedience to the scriptural injunction as a Christians, and also partner with government, groups and well-meaning individuals towards the attainment of this most important value in every society.

The President appealed to government and authorities at all levels to ensure that peace flows like a river in Nigeria by giving each citizen his or her due in spite of religion, tribe, creed or social standing adding that, that is the real way to peace and progress.