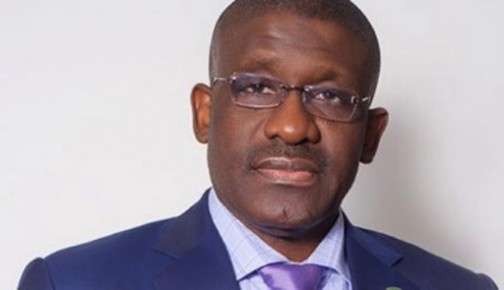 Determined to contribute to the grown of industry and ensure greater access to its loan facilities by local manufacturers, the Bank of Industry (BOI) has engaged with the various Aba based manufacturers.

The Managing Director of BOI, Mr. Waheed Olagunju recently held a massive interaction with various manufacturers during the occasion of National Micro, Small and Medium Enterprise Clinics for Viable Enterprise, organized by the Federal Government in collaboration with the Abia State government.

The event, which was flagged off by the Vice President, Prof. Yemi Osinbajo, also had various Federal Government agencies involved in economic development interacting with the Aba traders with the aim of growing and indeed supporting their businesses.

According to Olagunju, to easily access a loan, a business owner must imbibe some cardinal virtues such as character, capacity and commitment.

He added that skills, requisite knowledge, and responsibility are needed to ensure that the person is committed to the business.

The BOI managing director identified the issue of collateral as  a major constraint  to accessing loans by most businessmen in the country, but he added that government had taken steps to make businesses viable by providing relevant tips to break the barriers of difficulties faced by some in accessing loans.

He said: “The first aim starts with marketing, how do manufacturers market  their businesses? Hence government has been coming up with procurement policies that are in favour of SMEs.

“We, however, need to change our taste for foreign goods. We should consume what we produce not only consuming what we do not produce. But now that we have foreign exchange crunch we are being forced to leave foreign goods more and more.  So let us pray and hope that the attitude sticks with us.”

Abia state governor, Dr Okezie Ikpeazu expressed happiness that the Federal Government has finally recognized Aba as the hub of manufacturing not only in Nigeria but in the sub Saharan. Africa.

The governor enjoined the Abians to freely interact with various government agencies at the two-day event, noting that it was made to make their doing business in the state easy.

Police arrest man, 60, one other over murder of 10-year-old girl in Ibadan