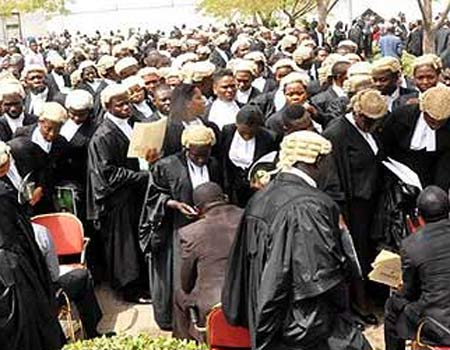 The Body of Senior Advocates of Nigeria (SAN), on Thursday, canvassed for the establishment of the constitutional court in other to decongest the workload of the present courts in the country.

Chief Adegboyega Awomolo (SAN), who represented the chairman of the body, Alhaji Abdullahi Ibrahim (SAN) made the call in Abuja at a valedictory session held in honour of retired Chief Judge of the Federal High Court, Justice Adamu Abdu Kafarati.

The body said, when the constitutional court is established, it will effectively handle pre and post-election cases, leaving other courts to adjudicate in civil and criminal cases.

Awomolo regretted that the earlier proposal for the court was struck down due to lack of foresight and added that the establishment of constitutional courts must be revisited and reintegrated into the constitution of the country in compliance with Section 250.

According to Awomolo, all political matters, including pre and post-election matters and election petitions will effectively be handled by the court, while all appeals from the court will terminate in the Court of Appeal.

He said each state of the federation should have her own Court of Appeal and that only constitutional matters should be allowed to go to the Supreme Court.

Awomolo recalled the revelation by the Federal High Court that over 16, 000 cases were carried over from 2019 to 2020 legal year with many of the cases filed over four years ago and noted that the trend must not be allowed any longer because it can lead to denial of justice.

“Decongestion in all the courts have become a great burden, a source of concern and embarrassment.  In the Supreme Court, only political cases are being heard on a daily basis.

“Indeed, every day, on the course list of the Supreme Court, there are about 12 to 15 cases for hearing. The Court of Appeal in all the divisions are daily preoccupied with pre and post-election cases.

“Most high courts are occupied with political cases and most judicial officers from the high courts to Supreme Court have no vacation this year due to heavy workload of cases in their courts.

“The consequences of these is that litigants in ordinary civil cases and matters are growing in pains because justice has been and is still being denied them due to delays in their matters”, he said.

The body of senior lawyers also canvassed that the Code of Conduct Tribunal which has been elevated to criminal court must be seen as a judicial body as a result of the enormous powers invested in the tribunal, adding that it must be made a part of the court under Section 6(5) of the constitution and that any person to be appointed must be certified fit and prosper in every sense of it.

Awomolo then called on the Bar and the Bench to push for a constitutional amendment to back up the establishment of the suggested constitutional court.

In his speech, the acting Chief Judge of the Federal High Court, Justice John Tsoho applauded the contributions of his immediate predecessor for the enactment of the Federal High Court Civil Procedure Rules 2019, adding that the new Rules introduced a great and remarkable departure from the old Rules and also constituting anti-corruption unit in the court to avoid corruption.

In his speech, the retired Chief Judge thanked his brother judges for their contribution in making his tenure, as head of the court success.

Born in July 1954, Justice Kafarati bowed out of the service of the Federal High Court after attaining the mandatory retirement age of 65 years.

Sowore: Body of SANs charges Buhari to set up commission of enquiry to probe…