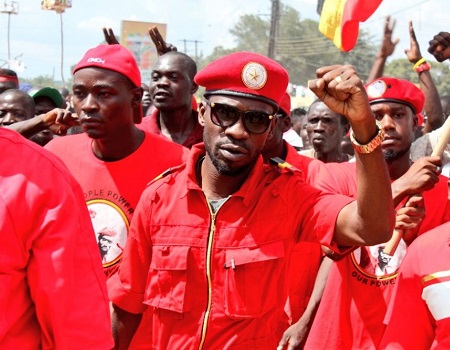 Uganda’s musician-turned-MP Bobi Wine has announced at a meeting of his People Power movement that he will run for president.

He unveiled a team that will run his 2021 presidential election campaign.

His popularity among Uganda’s youth is seen as a challenge to veteran President Yoweri Museveni.

Mr Museveni, 74, is expected to run for a sixth term BBC said.

Bobi Wine, whose real name is Robert Kyagulanyi, is currently facing treason charges after being arrested last year after the president’s convoy was allegedly pelted with stones following a campaign rally.

He has alleged he was tortured and beaten while in custody in August, something denied by the authorities.