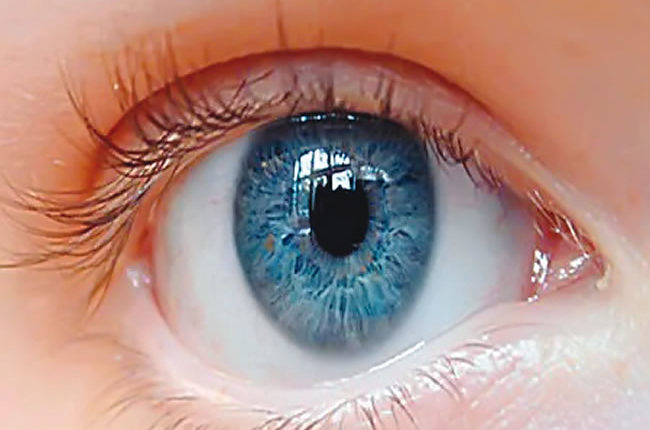 As I sat in the auditorium listening with rapt attention to what the lady lecturer was saying, I couldn’t help but appreciate her beauty. In assessing a lady’s beauty, the face, the dress and its fit and the carriage are the usual factors considered by men. All combined, I silently agreed with the comments of the man sitting on my left. She was indeed beautiful.

I concentrated my attention on her face. There was something a little unusual. I was momentarily distracted by the chuckles of the two young ladies sitting next to each other, on my right. They were more interested in the colour of the speaker’s handbag and how expensive it would be.

Swiftly, my gaze shifted to the handbag and then to the dress and shoes. What matching colours – all shades of blue! Then with lightning speed, my eyes went back to her face again to ascertain the oddity I had previously observed. She had blue eyes! Blue eyes in a brown skin! This is a most unusual combination for a full-blooded African.

The appearance of blue and green, as well as light brown colour called ‘hazel eyes’ is an optical phenomenon resulting from the elastic scattering of light by particles scattering light. It is this same phenomenon that accounts for the blueness of the sky.

It could, therefore, be said that the darker the iris, the more melanin it contains and the more unlikely it is to appear blue. Black people generally have a lot of melanin in their skin and iris in sharp contrast to white people. A person’s “eye colour” is actually the colour of one’s iris, the cornea being transparent and the white sclera entirely outside the area of interest.

In sharp contrast to the speaker’s seemingly blue iris, the older lady seated at the high table with her had dark brown iris. What was responsible for speaker’s blue eyes? I was lost in thought and paid no attention to her lecture until I heard her ask, “How can a black man and a black woman have a white baby? I am not talking about an albino child – I mean an all pure white baby?” She went ahead to explain how it happened. A few moments after, I was again wrapped in thoughts trying to explain how she had blue eyes and black skin. “I’ll wait until question time or move closer at the end of the lecture to have a better look at her eyes,” I comforted myself. Unfortunately, a phone call demanding my immediate attention in my office put paid to it.

However, a few weeks later, the answer came knocking at my door. The lady was in my office with a painful red eye. I asked if she was wearing contact lenses. “Yes,” she answered. “Why do you wear contacts since you say you see both distance and near clearly without them?”

“Why do people stir up unnecessary trouble for themselves in the name of fashion?” I pondered. I remember the local adage, “Don’t trouble trouble if you don’t want trouble to trouble you.” As if to drive home the point, the music shop next door to me had Fela’s 1972 hit song blaring, “Trouble Sleep, Yanga wake am! Wetin she dey find? PALAVER, SHE DEY FIND. Palaver, she go get-e o.”

“Madam, you have a serious eye infection. You must stop wearing contacts completely otherwise in addition to making a fashion statement with blue eyes, green eyes and brown eyes, you may have no eyes. She was scared, but certainly got the message.

Starting healthy eating after conceiving may be a waste —Experts

Rare individuals can ‘block and lock’ HIV in their chromosomes