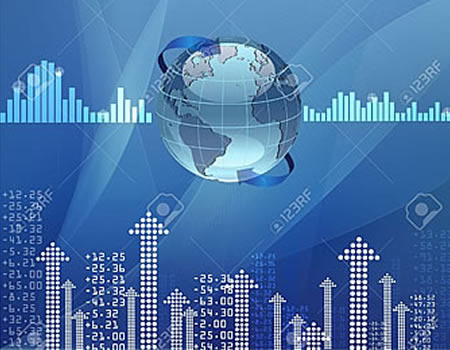 GAINS in the Nigerian equities market bows to profit taking on Tuesday as major market indices record depreciation of 2.3 per cent.

Specifically the All Share Index (ASI) recorded a 2.3 per cent decline to settle at 37,096.60 points largely due to negative sentiment Dangote Cement, Nigerian Breweries, Stanbic IBTC and Guaranty Trust Bank.

However, market activity improved as volume and value traded surged 23.9 per cent and 28.7 per cent to settle at 391.6 million units and N5.4 billion respectively.

Performance across sectors was largely bearish as all indices under our coverage closed in the red. The Industrial Goods index waned the most, recording 4.2 per cent descent owing to a depreciation in the price of Dangote Cement at -4.3 per cent.

Banking index followed, shedding 1.2 per cent on account of losses in Stanbic IBTC at -5.0 per cent and Guaranty Trust Bank at -1.5 per cent.

Likewise, the Insurance and Consumer Goods index dipped one per cent respectively on the back of sell pressures on Mansard’s stocks at -4.7 per cent and Nigerian Breweries’ stock at -1.6 per cent.

Negative sentiment towards Forte Oil and Oando at -4.6 per cent and -1.4 per cent dragged the Oil & Gas sector 0.4 per cent lower.

At the end of trading, investor sentiment waned as 11 stocks advanced against 35 losers, as GSK, Berger records the best performing by five per cent.

Analyst at Afrinvest however noted that while performance on the Nigerian Stock Exchange (NSE) was dragged by profit taking in value stocks that had appreciated in the previous weeks, the downtrend might not persist beyond the short term as positive developments in the economy continue to bolster investors’ appetite for equities.