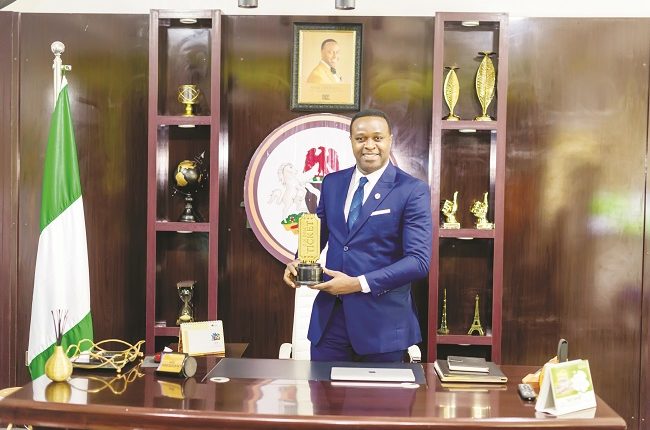 Akintiola Ayinde, the organiser of Blingz event awards, says the show  has become the most anticipated award event in the city of Ibadan. Akintola revealed this during a chat with Friday Treat earlier this week.

He said, “Blingz Events Awards is an award platform where people who have distinguished themselves in the event industry are rewarded for their hardwork in the year under review. The credibility of the award platform has given it the publicity and popularity it has so far enjoyed. The uniqueness of its upnotch branding and excellence is not to be hidden.

“The first edition was themed ‘The proposal’ which was hosted by Dr Smile and Aisha Lawal; the second edition of the event was an airport themed one tagged ‘Take a flight with us’, hosted by Woli Agba and Biola Adebayo and the last one which happened a few days to the lockdown, a James Bond themed event with the tag ‘The Man with the golden ticket’, hosted by Adeniyi Johnson.

“This year’s event will be the fourth edition based on the memorable and historical events that happened during the year in review (2020) and is themed ‘I can be the change. It will be hosted by popular Nollywood actor, Femi Adebayo”.

The event will take place this Sunday, at Mauve21 event centre in Ibadan.

In spite of the huge investment in the water sector by the government and international organisations, water scarcity has grown to become a perennial nightmare for residents of Abeokuta, the Ogun State capital. This report x-rays the lives and experiences of residents in getting clean, potable and affordable water amidst the surge of COVID-19 cases in the state…Blingz Awards has become  Blingz Awards has become