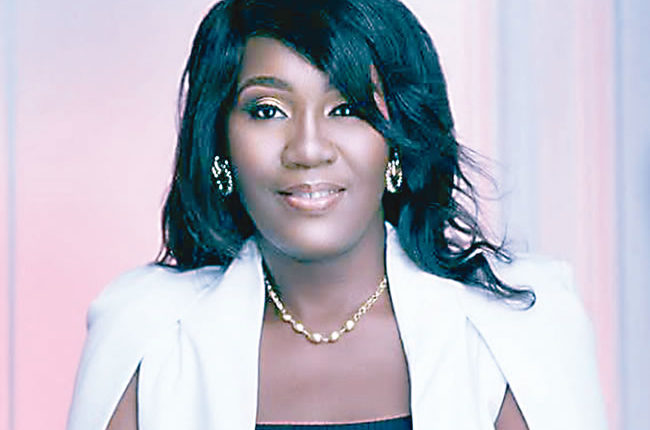 Blessing Amidu has made history for creating Nigeria’s first 3D feature-length animation film. In this interview by ENIOLA OYEMOLADE, Amidu talks about the 80-minute animation titled LadyBuckit and the Motley Mopsters, how it cost her team over $1m to produce, among others.

What motivated you to create the 3D feature length animation film?

Initially, we were trying to set up a first-of-its-kind entertainment facility and we needed mascot-like characters to entertain kids at the facility. My team came up with some characters earlier on but my kids inspired some very interesting ideas for new characters so we went with the latter instead. My twin boys tend to exhibit a lot of cartoon-like behaviour. They run around barefeet and think they can fly. One of the characters for instance, was inspired by my sons’ aversion to wearing clothes. One day, during playtime with my kids, I began to “see” the characters in my mind. With the help of my kids, we named the characters and then my daughter Elsie designed them. Initially we thought to create a series so that kids would have familiarized themselves with the characters before showing up at the facility. However when we saw the characters in their final form, we reckoned they deserved to be on the big screen and so we set about to producing a movie based on the beloved characters.

What inspired the story line? Who are some of the stars in the movie?

The storyline was inspired by the historic town of Oloibiri where crude oil was first discovered in commercial quantity. Despite the town’s central role in Nigeria’s development, its people and its story are little known amongst Nigerians, by and large. Some of the cast members were Bimbo Akintola, Kalu Ikeagwu, Patrick Doyle, Jessica Edwards, Bola Edwards, Oluchi Odii, Casey Edema, Awazi Angbalaga, etc.

What were some of the challenges you faced during the production?

We ran into major difficulties with our initial production team. This led to two failed attempts. Thankfully, we brought the ever capable Chris Ihidero on board and the tides began to turn for the better.

The biggest hurdle we had to overcome was finding an animation studio to handle the project. The studios we had approached within Nigeria lacked capacity in terms of manpower and equipment. We had even begun to attempt hiring a studio in Asia to handle the animation and gotten as far as the contracting phase. Initially, we had our doubts  but eventually decided to give Adebisi Adetayo a chance to demonstrate proof of concept. He did not disappoint. We gave him a benchmark and he surpassed our expectations. Our joy was palpable because we really wanted production to take place within the shores of Nigeria- we hoped to show the world that Nigerians were capable of achieving the unexpected. And we did.

Next was the issue of funding. We were in production at a time when the COVID-19 pandemic was stripping corporate budgets. So brands could not offer us any support. Due to the endless power cuts, we had to run consistently on four plant generating sets for almost twelve months and with solar panels intermittently as backups.

Yet another challenge was the lockdown. We had men who left their wives and kids at home to camp over at the studios all through the period in order to meet with deliverables.

These are just a few of the obstacles we were faced with. 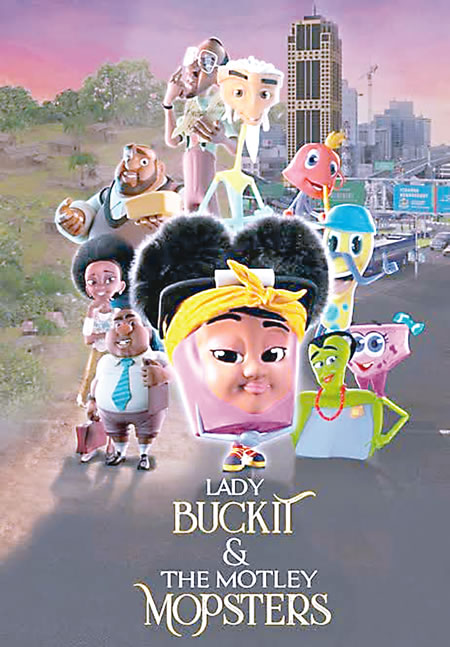 How long did it take before the movie came to life?

What are the reactions you’ve gotten so far? Were there great turnouts at the cinemas?

For those who have been to Cinemas to see the movie, it was met with great reception. On the international scene, the movie received widespread press coverage. We’ve been receiving quite a lot of attention from international stakeholders such as festival organizers, potential investors and the like.

What is this film about and what are the themes?

The film is about a little girl who makes it her mission to rescue her father’s business from going under. That mission takes her into very unfamiliar territory where she meets a band of misfits who change her life forever.  The film revolves around themes of friendship, hygiene, anti-bullying and the undeniable bond of family.

According to reports, this film is estimated to have cost $1 million to produce, how were you able to pull this off?

It took a lot of personal sacrifice and long-term commitment on my part towards raising the funds.

Why do you think animated movies are not as popular in the Nigerian entertainment industry?

Nigerians grew up watching cartoons so the average Nigerian associates animation with children. Add to that the fact that we Nigerians tend to be very conservative, and you have a formidable psychological barrier facing those who hope to market the animation genre to Nigerians.

What do you hope the production of this first 3D animation film will change in the Nigerian movie industry?

It is my utmost desire that our movie industry will continue to push boundaries and incorporate more challenging genres into our films. Hopefully, Nollywood attains even more relevance on the international scene.

You studied Geology, do you do anything geology-related or have you switched completely? What made you study this course in the first place?

Once a geologist, always a geologist. Call me a Geopreneur if you like. It doesn’t just leave you overnight. Initially my plan was to study something art related but a lot of my siblings and relatives were already in the law profession so I opted for the sciences. The rest as they say is history.

I had a brief stint in the PR/marketing field. However, I’ve worked in the oil & gas industry for about 15 years now.

Do you plan on producing strictly more animations or live-action movies or both?

We’ll see what the future holds.