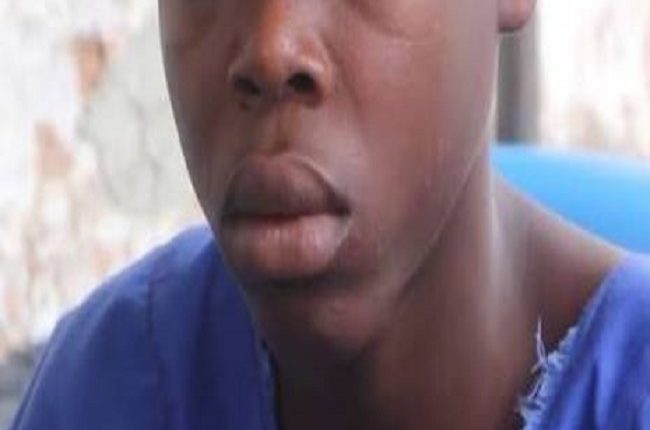 The Director of Auschwitz Museum and Memorial, Dr Piotr Cywinski has written to President Muhammadu Buhari asking for the pardon of 13-year-old Omar Farouq, who was sentenced by a Sharia Court in Kano over blasphemy.

The Director of Auschwitz Museum also in the letter dated September 25, said he is willing to share part of Farouq’s sentence if the sentence is inevitable.

The letter by Dr Cywinski reads: “I permit myself to write to you personally about a young boy named Omar Farouq, who was convicted recently in a Sharia court in Kano State in northwest Nigeria after being accused of blasphemy used during an argument with a friend.

“As the director of the Auschwitz Memorial, that commemorates the victims and preserves the remains of the German Nazi concentration and extermination camp, where children were imprisoned and murdered, I cannot remain indifferent to this disgraceful sentence for humanity.

I wish to request the pardon of this 13-year-old boy. Regardless of what he said, he cannot be treated as fully aware and responsible, given his age. He should not be subjected to the loss of the entirety of his youth, be deprived of opportunities, and stigmatized physically, emotionally, and educationally for the rest of his life. I am convinced that the authority you possess can still undo this sentence.

However, if it turns out that the words of this child absolutely require 120 months of imprisonment, and even you are not able to change that, I suggest that in place of the child, 120 adult volunteers from all over the world, gathered by us -myself personally among them – should each serve a month in a Nigerian prison. In total, the price for the child’s transgression will be the same, and we will all avoid the worst.”

The Director of Auschwitz Museum, in his letter, added that “If you agree to grant clemency, or to the above proposal in lieu of punishment, I will make

an attempt to provide financial help for the boy’s proper education. This way, instead of a destroyed young man, Nigeria will gain an aware and educated young citizen.” 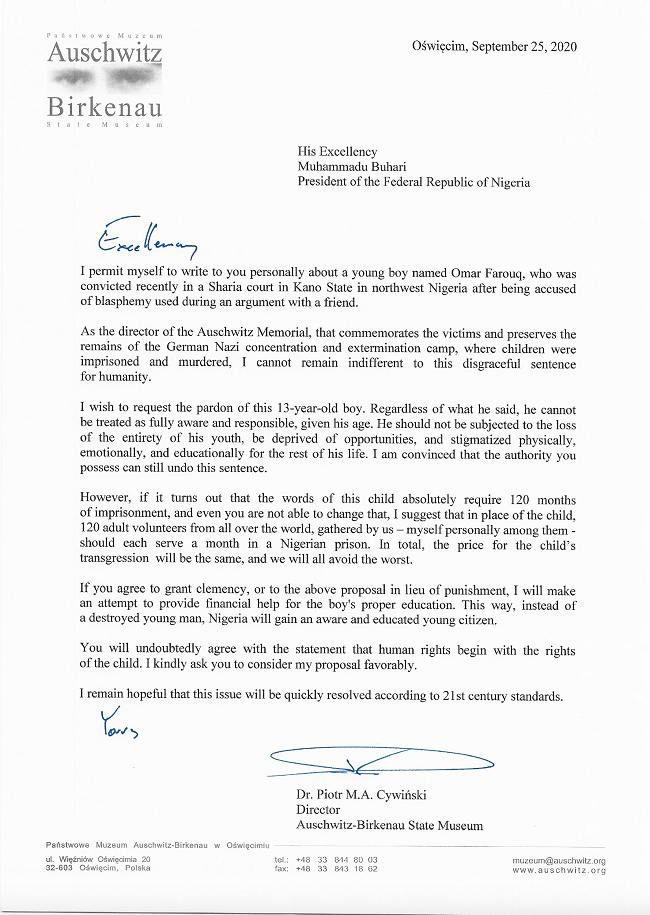