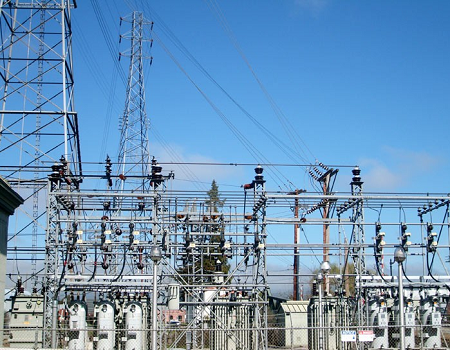 There are strong indications that the nation may be plunged into total darkness as the Senior Staff Association of Electricity and Allied Companies (SSAEAC) threatened nationwide industrial action if the sacked Managing Director of Transmission Company of Nigeria (TCN) is re-instated.

The union also accused the Secretary to Government of the Federation (SGF), Mr Boss Mustapha, of promoting discord and sabotaging peace and harmony in the power sector by attempting to reinstate Mohammed Gur via a circular which stated that Ministers cannot sack the head of parastatals without the Board’s approval.

Mr Mohammed was sacked last week Tuesday by Minister of Power, Engr Mamman Saleh, and replaced by Sule Abdulaziz in an interim capacity.

According to an open letter to President Muhammadu Buhari, the General  Secretary of SSAEAC, Comrade Umar Abubakar Dubagari, the union said nationwide industrial actions by SSAEAC and Trade Union Congress (TUC)
are imminent if Mohammed Gur is reinstated.

According to him, “Your Excellency is hereby notified of pending labour action by our union and Trade Union Congress of Nigeria against the Management of TCN headed by U.G Mohammed in the unlikely event that the circular (by SGF) restores him to TCN and if the wrongful termination of our President is not reversed immediately.”

SSAEAC accused Mohammed of incompetence, indiscipline, impunity, non-compliance to rules, confrontation of his supervisors, open quarrel with other operators and financial malfeasance.

“Sir, it is then shocking to us to see the above circular under reference that seemed tailored to restore him (U. G. Mohammed) to the office that has been occupied by another appointee, to the relief of the workers of TCN and sector operators.

“Your Excellency, recently we sent a Petition on the activities of U.G Mohammed that sabotaged TCN using his position as MD. He formed a partnership with an irresponsible union in the sector to manipulate his Ministers and staff, to have his way in everything. Riding on the silly confidence, he unilaterally terminated a career General Manager and our Union President, without recourse to his Ministers nor procedure, anchoring it on the false reason of expiration of tenure. He
dared his supervisors and mobilised the same union members of which he used as mercenaries to back him up,” he said.

Besides, a coalition 21 civil society stakeholders drawn from National Power Sector Stakeholders’ Forum also urged the President Buhari to call the SGF, Boss Mustapha, to order for what they described as an undue thirst for power and usurpation statutory powers of cabinet ministers for alleged pecuniary reasons.

After an urgent meeting monitored online, the group warned that the desperate and vexations actions of the SGF is capable of derailing the vision and eroding the legacy of the Buhari administration.

In a communique signed by the National Coordinator, Mr Musa Dawop, and released after their meeting, the group called on the President to investigate the special interest of the SGF in power ministry.

The group revealed that many stakeholders are aware that since the sack of the former Managing Director of TCN, the SGF has been working round the clock to bring him back.

The group described the purported moves by the SGF as desperate, suspicious, vexations, counterproductive and unbecoming of someone occupying such a sensitive office.

According to the group, “the fingerprints of the SGF are everywhere in TCN is sufficiently worrisome yet the fact remains that the sacked Managing Director (who is said to be his relative) had constituted himself as a stumbling block to the reform agenda of the President.”