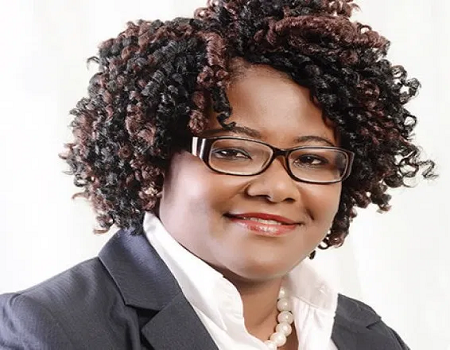 The country may soon be thrown into complete blackout as the Electricity Generation Companies (GenCos), on Sunday, threatened to shut down operations over alleged intimidations and threats from the Nigerian Bulk Electricity Trading Company (NBET).

This is even as the GenCos recommended that the administration of the GenCos finances be taken off NBET and handed back to the Market Operator (MO), while NBET focuses on engagements with new entrants or intending power project developers.

Speaking at a briefing in Abuja, the Executive Secretary of the Association of Power Generation Companies (APGC), the umbrella body of the GenCos, Dr Joy Ogaji said this became imperative following continued threats from NBET, compelling the GenCos to accede to its demand of 0.75% administrative charge.

NBET in a letter dated September 13 and sent to individual thermal plants, directed the GenCos to: “Obtain, as a matter of urgency, their respective board approvals or resolutions, bequeathing responsibility for payment of gas and transportation to the respective supply companies for an administrative charge of 0.75%.”

The GenCos had argued that NBET like other market participants, is a licensee of NERC, and as such, in a regulated market, every expense/cost must be backed by regulatory approval for effective computation of the market tariffs.

While addressing journalists, Dr Ogaji accused NBET of threatening not to release payments due GenCos until they accede to its request.

This, according to her may soon lead to the shutdown of its members’ operations even as she noted that already, over three GenCos presently cannot generate optimally.

“If NBET’s excesses are not checked, either deliberately or not, if we don’t shut down, the machines will. As we speak, gas suppliers have stopped supplying to some GenCos.

“The situation is truly grave and completely unprecedented as NBET has completely shed its role as a licensee of the industry and has taken on some sort of regulatory role. The entity is almost conducting itself in a manner that suggests that it is above the law.

“This singular action by NBET may lead to the shutdown of power supply by GenCos, who have unanimously agreed to call the bluff of NBET,” she said.

She reiterated that the Bulk Trader is a trading licensee, licensed and regulated by the Nigerian Electricity Regulatory Commission (NERC), to undertake a bulk purchase and resale of electricity in the Transitional Electricity Market.

“NBET, as a child of necessity, is a transitory agency, created to instil confidence and act as a buffer, bulwark or a gap filler virtually providing security to investors in the power generation business in the Nigerian Electricity Supply Industry.

“In essence, NBET is appointed by the Federal Government of Nigeria (FGN) to act on behalf of the GenCos. This entails that without the GenCos, there is no NBET,” she added.

Ogaji further stressed that the over N1trillion liquidity challenge its members are faced with is due to NBET’s breach of the Power Purchase Agreement (PPA) terms of 100% payment for power generated and supplied.

Her words: “What Nigerians need to know and be aware in addition, is that these victimisations notwithstanding, NBET’s management has now constituted itself as the Alpha and Omega authority (quasi regulator) that has the capacity to make or mar generation businesses in Nigeria.

“The situation is so bad that to remain in business and provide power to Nigerians, GenCos have to plead, lobby, beg to be paid for power generated and utilised.”

While calling that its finances be handled by the market operators, she said six years after privatization, the GenCos are still faced with risks ranging from regulatory, volumetric dispatch/transmission as well as gas risks.

“NBET, as a result, has become and continues to constitute more harm than good not only to the market but the GenCos at whose behest it exists. As agents of the GenCos, it is expected that NBET will work for the interest of the GenCos and not the GenCos “worshipping” NBET,” she stated.

To this end, she called for a review of the conduct of the management of NBET to ensure that business etiquettes are instilled, thus creating an avenue for operators to ventilate their feelings and difficulties.

“NBET should take it as an assurance that the GenCos; the long-suffering, quiet giants of the market have been still for too long. We are ready, able and willing to utilize even higher and stronger contacts in the government to see this issue to fruition,” she affirmed.