Blackout hits Nigeria over drop in power grid by 1,087.6 MW 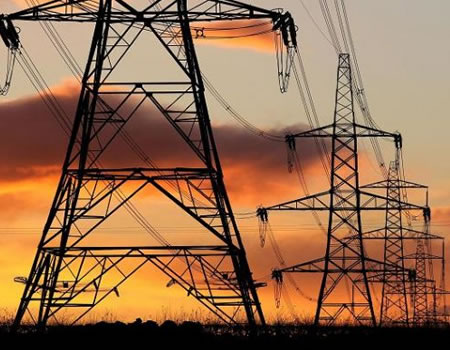 The Transmission Company of Nigeria (TCN) says there has been a drop in the electricity generated into the national grid by a total of 1,087.6 Mega Watts of power.

According to a statement by Mrs Ndidi Mbah TCN’s General Manager, Public Affairs in Abuja on Sunday, the drop in electricity generated into the national grid was resulting in load shedding nationwide.

TCN said the load shedding was necessary to maintain stability of the grid.

According to TCN, the sharp drop of power generated was occasioned by gas pipeline rupture on June 15, and technical issues at the Shell gas wells on June 16.

TCN explained that six thermal power generating stations were currently unable to generate electricity and have therefore been shut down due to the Nigeria Gas Company (NGC) pipeline incident.

TCN said the six power generating thermal stations had managed to generate 60MW only on each of its units, losing a total of 211MW.

“With a total loss of 1,087.6MW into the grid, the transmission system has become quite fragile and TCN is working hard to avert a collapse of the system, by engaging in load-shedding.

“Load-shedding, is to ensure that available generation is commensurate with what is allocated to DisCos nationwide, to create a balance and avert grid instability.“

The TCN spokesperson also said NGC was making efforts to ensure that the gas pipeline issues are resolved to restore normal gas supply to affected power generating stations, to enable them generate into the grid.

The company also said that Shell had in the morning hours of June 17 resolved its gas well issue and gas supply partially restored to Afam VI power station.

TCN also noted that there was no collapse of the grid as was reported in some quarters.

The company appealed for understanding, adding that TCN engineers were working hard to maintain stability of the grid, pending completion of repairs of gas pipeline by NGC and restoration of full gas supply to affected generating stations.

Meanwhile, many parts of the Federal Capital Territory (FCT) had been out of supply in the past two days.

In a telephone interview, AEDC’s Head of Corporate Communication, Mr Fadipe Oyebode, attributed the non supply and load shedding in some areas to the limited allocation from the national grid to AEDC.

Oyebode said AEDC was only allocated 194.58MW from the grid on June 16, out its total 11 per cent total allocation hence its inability to fully supply to its customers.

He, however said that the situation has improved as AEDC’s allocation for June 17, stood at 330.44MW. NAN