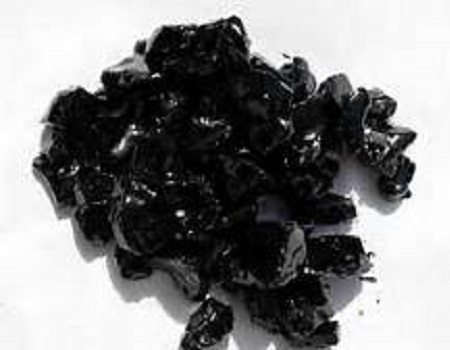 The Federal Executive Council (FEC) presided over by President Muhammadu Buhari on Wednesday approved a new policy on local production of bitumen to further diversify the nation’s economy.

The Minister of Works and Housing, Babatunde Fashola, disclosed this at the end of the Council meeting which lasted for over eight hours.

He said the policy was approved to develop strategies to enhance, stimulate, and encourage local production of bitumen in the country.

He expressed optimism that the policy, when fully operational, would enable the country to save millions of dollars from the importation of bitumen, which is a raw material used in road construction, worldwide.

“The Ministry of Works and Housing presented a memorandum on the initiative of the President as to our source of bitumen which is used in road construction.

“It was a policy memorandum which revealed that a significant amount of bitumen we used in road construction in Nigeria is imported, therefore creating jobs abroad and recommended to council to approve a directive to the Ministry of Petroleum Resources and the Ministry of Mines and Steel Development to develop strategies to enhance, stimulate, and encourage local production of bitumen.

“Essentially, that policy recommendation was approved by the council today to encourage bitumen production locally in Nigeria.

“This will, of course, help to further diversify the economy and open another sub-sector of the extractive and hydro-carbon industry for local opportunities,’’ he said

According to Fashola, there’s a demand of 500,000 metric tonnes of bitumen locally in Nigeria per annum.

The minister, therefore, called the private sector to take advantage of the new policy by investing heavily in a local production of bitumen.

“We encourage those who can manufacture and produce bitumen locally to tap into this demand.

“We see the opportunity for thousands of jobs to be created directly if this is done, and the government intends to give encouragement and support to all those who take up this opportunity.

“We expect Kaduna Refinery to also raise its game by participating in this sub-sector of the hydro-carbon industry.

The minister revealed that the federal government was also promoting the use of more cement, stones, and rocks in road construction.

He said: “Our ministry is now developing a design manual for rock and stone in road construction in the country.

“These are the framework of policy documentations that we presented to the council today and they were approved.

“So, we expect the Nigerian entrepreneurial community to now respond to all of the existing government policies for setting up businesses and embracing this policy as part of ways to develop our made-in-Nigeria capacity,’’

The Minister of Finance, Budget and National Planning, Zainab Ahmed, also revealed that the Council approved a variation of 18.12million dollars and additional N3.25billion for the supply and installation of three numbers Rapsican mobile Cargo Scanners.

“Today at the council, we presented two memos, the first memo was for seeking council’s approval for the revision of a contract that was previously approved by council in 2018 for the supply and installation of three numbers Rapsican mobile Cargo Scanners.

“These are large size cargo scanners that will be placed in Onne port, Port Harcourt and Tin Can port. They are scanners that can actually drive containers through.

“This contract is awarded to a company that is named Messrs Airwave limited and the contract is in the sum of $18.12 million of foreign component, there is also a local component of N3. 255 billion inclusive of five per cent VAT,’’ he said.

The minister maintained that the review became necessary in order to accommodate VAT which was not included in the initial contract, and also due to dispute arising from exchange rate differential.

She said: “So, we have now a resolution and an understanding and FEC approval for this contract to go on.’’

According to her, the scanners are designed to aid effective revenue collection, the features that will screen for narcotics, weapons and undeclared items, saying they can also detect arms and ammunition, illegal importation and possession of arms and Light Weapons in Nigeria.

She further disclosed that the Council approved N280.9million for the design, construction and supply of five numbers of fast ballistic reverie assault boats and five numbers patrol boats with all associated accessories to the Nigerian Customs Service

“The second memo we presented to the council today is also for the Nigerian Customs Service.

“It is for the design, construction and supply of five numbers of fast ballistic reverie assault boats and five numbers patrol boats with all associated accessories in favour of Messre CY West African limited in the sum of N280, 992, 888,75 inclusive of 7.5 VAT.

“The Nigerian Customs Service needs these boats to enhance its operational efficiency and combat smuggling activities on our waterways,’’ she added.

The minister expressed the hope that the boats would also significantly boost revenue collection and other core duties of a maritime unit of the Nigeria Customs Service.