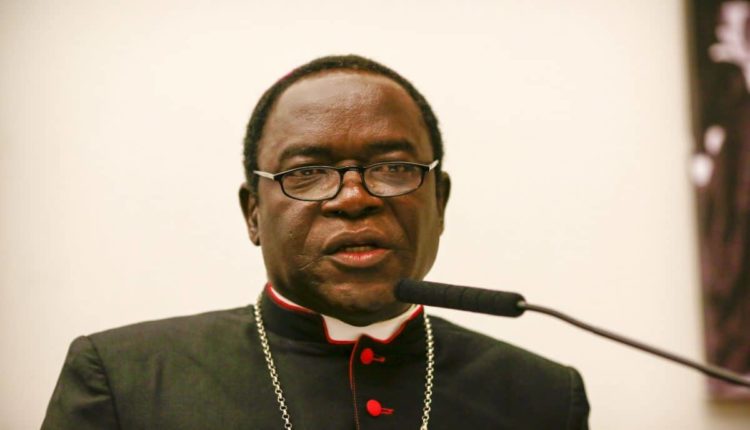 The President of the Pentecostal Fellowship of Nigeria (PFN), Dr Felix Omobude, has warned those vilifying called the Catholic Bishop of Sokoto Diocese, Most Rev. (Dr.) Matthew Kukah, over his comments on the states of the nation, to desist from it, as Kukah spoke on behalf of genuine Nigerians.

Dr Omobude, who issued the warning in Benin reiterated that whatever Rev Kukah said in that statement, represented the minds of genuine Nigerians, and warned that any attempt by anyone to impose a section of the nation upon the other, would be preparing the nation for chaos.

Kukah, it would be recalled, had in his Christmas speech titled “A Nation in search of Vindication”, condemned the President Muhammadu Buhari led-government for unparalleled nepotism and policy of northern hegemony, just as he accused Buhari of reducing other parts of the country to second class status.

The PFN President, While further warning that the outspoken Bishop should not be used as the sacrificial lamb, reiterated that Rev Kukah spoke truth to power and should be commended for voicing out when others seemed to have kept quiet at a time everything was getting out of control.

“The issues that he raised are very glaring. Now, it is only in this country that you can’t talk against the government and go free. What is the dust for? I know that the Minister of Information is paid for his job but he should be honest enough to face certain truth,” Omobude said.

The clergy noted that if “people call Mr Trump all kinds of names and never has anybody been sued for insulting him but people have been sued in Nigeria for insulting the president,” Kukah should be allowed to enjoy his liberty.

“So, Bishop Kukah spoke the minds of genuine Nigerians. And any attempt by anybody to impose a section of the nation upon the other is bound to cause chaos. Bishop Kukah should be seen as a patriot and not a sacrificial lamb. He is not a hater of government but he is a lover of truth. I stand wholeheartedly on his views”, he said.

On the accusation that the Bishop called for a military coup via his Christmas message, Rev Omobude said: “Bishop Kukah is an advocate of democracy so he could not have been calling for the military overthrow of the government.”

The British Parliament at the Westminster Hall held a debate on ‘e-petition 554150, relating to Nigeria and the sanctions regime’ on Monday. The government of the United Kingdom has however responded…Bishop Kukah spoke  Bishop Kukah spoke

The surprise visit made on Friday night by the leaders of the ruling All Progressives Congress (APC) to former President Goodluck Jonathan at his residence in Abuja triggered a stir in the major political camps, resulting in at least four possible theories..Bishop Kukah spoke Bishop Kukah spoke