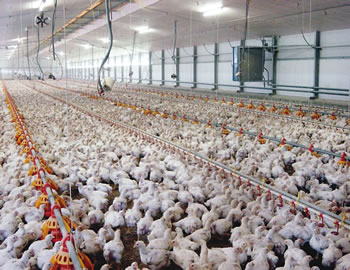 THE Minister of Agriculture and Rural Development, Chief Audu Ogbeh, on Tuesday summoned a meeting of state Commissioners of Agriculture and heads of states veterinary services over the resurfacing of Avian Influenza also known as Bird flu.

Addressing the commissioners, Ogbeh said “the current status of the disease in the country is quite alarming, it has now affected 26 states and the FCT with over 3.5 million birds culled so far.”

The minister recalled that after the virus was controlled in 2008, “almost a decade later precisely in December 2014, the disease reoccurred in a commercial poultry farm and a live Bird Market in Kano and Lagos states.”

Chief Ogbeh however disclosed that recently, a new strain of bird flu virus (H5N8) was reported in Kano State.

He explained “the new strain is believed to be very pathogenic and more devastating to poultry species and therefore, it may further add to the burden of the strain (H5N1) that is currently circulating in the country.

“The disease is trans-boundary in nature and also trade limiting, some of our neighbouring countries have proposed ban on poultry and poultry products from Nigeria. This may undesirably lead to egg glut in the country.

Ogbeh however said that the efforts of the government to contain the disease have been hampered by the country economic challenges facing the country.

“Our efforts to put the current outbreaks of Avian Influenza on halt and to eradicate it as we did in 2008 have been hampered by several challenges.

“The most obvious is the paucity of funds as a result of the current economic challenges in the country due to dwindling oil revenue,” he added.

According to him, lack of compliance with on-farm quarantine measures and movement restriction, as the first line of action in containment of disease, has been one of the factors hindering the eradication of bird flu.

Other factors according to the minister include “violation of bio-security measures, which leads to the rapid spread of the disease to other areas of the states and clustering of poultry farmers with limited adherence to basic hygienic and on-farm biosecurity measures.

On how to encourage farmers whose farms are affected by the disease while sustaining  the fight against the spread, the minister said that government has worked out a participatory and cost sharing compensation program.

According to him, the compensation plan is restricted to only poultry farmers with flock sizes of 3000 birds and below. He added that compensation proposal will be 75 per cent of their value, with cost sharing between Federal Government and states at 50 per cent and 25 per cent respectively and at prevailing current market value of the birds.