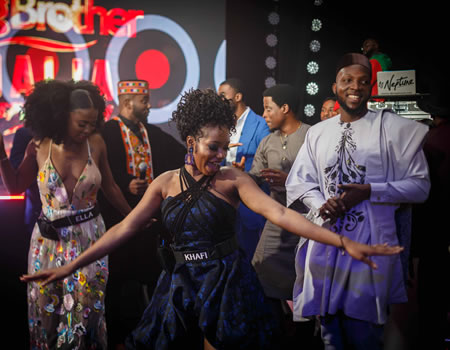 Yesterday, the fourth instalment of the Big Brother Naija franchise kicked off with an exciting premiere event. The live show marked the premiere of the show’s fourth edition and Nigerians all over the world were privy to the excitement on stage live on DStv and Gotv platforms. Speaking on the season, Ebuka Obi-Uchendu also used the platform to announce the theme for the season tagged “Pepper Dem”. Twenty-one new housemates for the season were unveiled at the launch along with the surprise announcement that the show has been extended by one extra week taking the new season to 99 days in total.

Viewers were given a truly Nigerian musical experience with Burna Boy’s hits like ‘Dangote’, ‘On the low’ and ‘Killin dem’’. One of the major highlights of the night included Teni’s performance of her hit song ‘Uyo Meyo’ which had fans hyped as they welcomed more housemates.

Speaking on the return of the highly anticipated reality show, here’s what John Ugbe, C.E.O. of Multichoice had to say, “We’re proud of the work everyone has delivered to bring this show to viewers’ television screens and devices. Our customers are in for a treat and this season is going to be even bigger and hotter and more importantly, it’s taking place right here in Nigeria.”

The return of the show to Nigeria has definitely set off a new level of loyalty in Nigerians and fans cannot wait for all the inevitable drama.