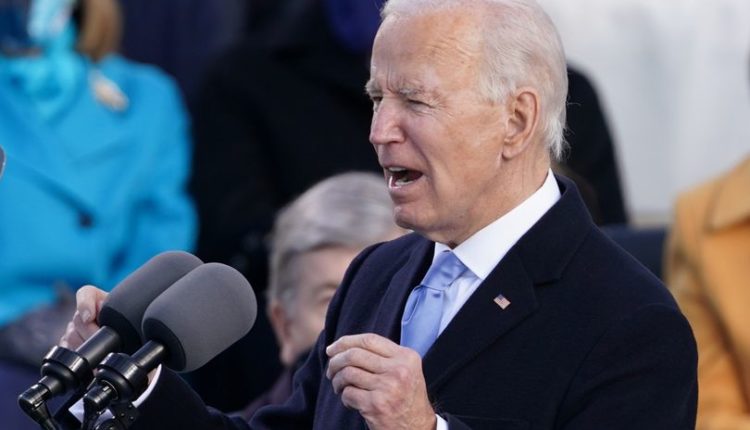 Senator Joe Biden Jr, the vice-president to one of the most famous figures on earth, Barack Obama, assumed office as the 46th President of the United States on Wednesday to lead a divided country and a world that has never been so embedded in crisis since the end of the Second World War. Biden is not only taking over a country whose people are largely divided and partisan based on their ideological differences, but a country where more than one third of its population have moved to the far right due to the incendiary rhetoric of outgoing President, Donald Trump. In truth, Trump did not hide where he was heading when he took over four years ago. He, indeed, told the world when he was sworn in, that he was less interested in a global space where the United States is called upon to solve every problem, which he described as unfavorable to the interests of his country.

In his inaugural address, he never minced words by proclaiming his ‘America First’ doctrine. A doctrine which presupposes that America will play lesser role in world affairs, and more in promoting his hegemonic interests, which is more in sync with the interest of his Republican Party.  This America first policy saw America increasingly isolated from its traditional role of promoting world peace and security; even traditional Western allies were given less recognition when crucial decisions were made in Washington; NATO members were told point blank to start contributing more to the organization or risk being sidetracked; some Muslim countries were summarily banned from coming to the United States and the worst part was when Trump led his country to leave the Paris Agreement on Climate of 2015.

Nowhere was Trump’s unconventional attempt to circumvent the norms and values of the country felt than in the political sphere. This writer had argued with some friends in New York in the summer of 2015 what a Trump presidency portended for the future of the world’s most iconic democracy. Based on his antecedents and dubious nature, I was more than convinced that the emergence of the New York businessman in the mainstream of American politics would cause a stain and a major damage to the American democratic brand.  My concern as a close watcher and a more than casual observer of American politics, was indeed predicated on his attitude on the campaign trail, chiefly among them was when he was talking down on people of colour and disabilities, boasting that he can shoot ‘somebody and nothing will happen’, where he was fueling right wing conspiracy instead of uniting the country; his consistent refusal to show his tax returns and his well reported campaign to delegitimize the election of Barack Obama, that he was born in Kenya, when in actual fact, the 44th president was born in Hawaii.

It was therefore not so much a surprise to me when he started his shenanigans. With less than six months, it was crystal clear that most of his actions were geared towards solidifying the hold of the far right groups within his party and not in uniting the country. He was less prepared to abide by democratic norms and values. Values that are based on a constitution that has become enviable for centuries and which made the United States the envy of the world and by extension, as the saying goes: “the shining city on the hill”.  Trump was indeed ready to brush aside all these noble traditions and cut corners to have his way.

And if you think the American system was rock solid to be immune from this idiocy, events of later years proved the world wrong. Even though the country’s founding fathers were pragmatic enough to deflate the powers of the president by putting in place mechanisms to checkmate and override abuse of powers, they never contemplated the emergence of a dictator at the White House who is ready to circumvent all norms and values for his selfish interest. But Trump’s incessant abuse of power led to his first impeachment when he was accused of using the White House to influence a foreign power, Ukraine, to investigate his political rival, Biden. And even though he was not convicted by the GOP controlled Senate, it was clear to most Americans and indeed, the world, that he committed an impeachable offence and his removal would have been a better tonic to cure a system that was already overburdened by the erratic and crazy behavior of a maniac who was determined to ‘destroy the China Shop’. Trump actually   succeeded in controlling the base of his party and by so doing going after any recalcitrant member of his party who failed to fall in line. With this, the road was clear for him to deconstruct the democratic system in a way that is at variance with the constitution and rule of law. Some thought it was a joke when Trump said before, during and after the November 2020 presidential election that he won’t accept the result if it was not favourable. It came to pass that he was not joking! He was damn serious that the election was stolen from him, when in actual fact, he lost by a wide margin to Biden. His refusal to accept the result was unheard of and by the standard of the United States, an aberration. It has never happened before in modern history, for a president not to accept the result of a free and fair election. Rather than accept the result, Trump and his allies were fanning the embers of hate and division; the leader of the free world was telling his supporters not to accept the result and to go to town and stop Biden from being sworn in.

For sure, this was the mindset of most of Trump supporters as engineered by the president himself and the culmination of which led to the insurrection at the Capitol on the 6th of January. This was the day Trump supporters forcefully made their way into the Capitol, the symbol and heart of American democracy. The world watched in surprise, disbelief and annoyance as hundreds of protesters, with all sorts of banners of hatred entered the hall of Congress in their bid to stop the lawmakers from confirming the electoral victory of the Democratic candidate. It was to the eternal credit, resilience and vigilance of the American people that the process continued and Biden’s victory was confirmed. Expectedly, visibly infuriated lawmakers moved swiftly to blame the president for the assault and insurrection against a co-equal branch of government and consequently impeached him, making him the first president to be impeached twice in American history. The Senate trial is expected to start after the swearing in of Biden and all eyes would be on the Upper Chamber to convict the rapacious and capricious fellow. However, with the inauguration of the leader of the free world, the lessons of the many infringements committed by Trump should not be easily forgotten. The intransigence of the outgoing president in the words of Biden, “is a reminder, a painful one, that democracy is fragile”. The most symbolic feature of American democracy is the peaceful transfer of power, which has been in existence for decades. This is what makes the system a unique brand and most copied in human history. And one of the ways to heal the country is for the Senate to bar Trump from ever holding public office again.

Hence, as Biden takes oath of office, he should try and unite the country, heal the many wounds that Trump inflicted on the country; restore decency, normalcy and constitutionalism. It would certainly not be an easy job, given the visible divisions in the country and many challenges (the pandemic, economy and climate change), but the new president and the team he has assembled are up to the task of bringing the needed change. And as the world again looks up to American leadership, which has been lacking since the emergence of Trump, because of her unique position in the world, the Biden presidency would have to defuse tension in many of the trouble spots across the globe and embrace multilateralism that was the bedrock of the Obama administration. It is gratifying to note that he promised to rejoin the Paris Climate Accord, the Iranian Nuclear Agreement and other agreements geared towards maintaining world peace and security.

The British Parliament at the Westminster Hall held a debate on ‘e-petition 554150, relating to Nigeria and the sanctions regime’ on Monday. The government of the United Kingdom has however responded…Biden takes over    Biden takes over

The surprise visit made on Friday night by the leaders of the ruling All Progressives Congress (APC) to former President Goodluck Jonathan at his residence in Abuja triggered a stir in the major political camps, resulting in at least four possible theories..Biden takes over  Biden takes over

On the plight of period poverty among women and girls