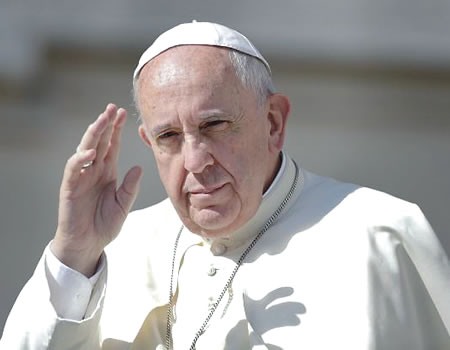 This article lauds and highlights Pope Francis’s call for the review of the Bible which compilation history took over 1500 years to accomplish. The author carefully, rationalises the factors responsible for its review and its attendant benefits for Christianity, other world religions and the world in general.

Thus, the recent call for the review of the Bible by the Catholic Pontiff beats many peoples, particularly the Christian fundamentalists and the products of the schools of man hollow.

By this call, the Pope is called all manners of uncomplimentary names, not only to discredit him, but also to portray him as one ready to pull down Christianity and the Bible, its authoritative origin. Hence, his opponents see the Bible as the most authentic book authored by God via His inspired spiritual leaders, thus seeing it as sacrosanct!

Nonetheless, the liberated souls, who understand what the Pope is driving at, know that ‘The only thing which is permanent in life is change.’

By this call, the author lauds Pope Francis as the greatest of the Popes – dead or alive – for his courage, sincerity and wisdom for the clarion call.

Besides, history says he is the first personage among the Jesuit Order founded by Ignatius Loyola in the 16th Century to bailout the then Universal Church after the Reformation, to be so elected Pope. Hence, the Jesuit Order is one of the most formidable Catholic agencies for education, and they live and flourish as the products of the schools of man and nature. Thus, for their unequal knowledge in arcone philosophy, you can entrust to them with joy and assurance for solutions to unbearable problems and difficulties.

Furthermore, historians and other authorities know full well that Pope Francis is speaking the minds of humans, who have appropriate outlook to life, that is, people with robust mental magnitude, to borrow Baba Obafemi Awolowo’s graphic expression.

Besides, Pope Francis reminds us again that when God created the world He entrusted its dominance to the Homo sapiens.

Secondly, the Pope is aware that it takes the compilers of the Bible over 1500 years to accomplish this onerous task.

On this note a pre-eminent scholar and arcane Philosopher, Lewis, H.S pointedly states: Between 325 (CE) until 1870 there were 20 Ecclesiastical meetings held in which man alone decided on the contexts of the Bible and in the 4 Lutheran Councils self-appointed judges changed and esporgated the Bible to please themselves (Lewis, 1929).

However, the aftermath of the questionable and colourless compilation of the Bible as well as the dogmatization of the mystical teachings of Jesus, the Christ, whoever held a Bible or opposed the doctrines of the Ecclesiastic regime would face excommunication or burning at stake or both. Those who dared the church then were labelled heretics and apostates. Over 50 million people, according to A.J. Mercussen (1983) were burnt alive, not in the name of God or religion, but in the name of irredeemable shallow-mindedness and ignorance.

Thus, 1260 years in which the then church dominated the world is regarded till today as the darkest period in the annals of humanity.

The church, at its apogee, was promoting ignorance, fear, servility, retrogression,  etc. Hence, some of the Popes in the modern times, who realise the enormous damages done to knowledge and human psyche are regretting and apologising to the world in order to eliminate the chaos, unbalance and oddities in the Bible, snowballed by the so-called early fathers, our beloved Pontiff calls for a change of heart to review the Bible!

Despite the unwellness of the Bible the Jewish pre-eminent scholar, Isaac Unterman, pointedly states: “The Bible our book, the book of all books sealed to many and locked with one thousand (1000) keys.” Isaac Unterman (1952).

On a lighter note, how many of our clergymen can interprete the Bible? Majority take joy and delight in the exoteric or literal interpretation of the Bible: They cannot call to the deep! This accounts for one of the most formidable bases for moral chaos and decadence in the world!

Today, science, which should live at the mercy of religion, has now become the grand master of religion; and religion, which has become Churchianity, that is, out-ward worship, now stops where science begins. The trend must be reverted at all costs.

Thus, it is mandatory for man to correct any inbalances noted anywhere in the world to further portray us as indeed God-incarnate and the only authentic book authored by God.

The review will enhance splendid benefits for Christianity. Other world religions would take a cue from it and later, the world will become a paradise on earth! Pope Francis will become a man of action, hero and a world historical individual, to borrow Hegels graphic expression.

Odekanyin is a retired cultural officer and former special assistant.

I don’t sleep with men for money… —Ruth Kadiri

If the church gets it right, the nation will improve —Pastor Olowere