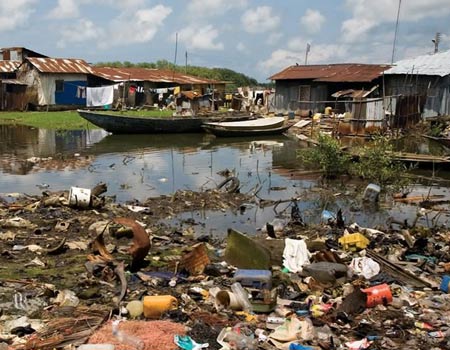 The Centre for the Vulnerable and the Underprivileged (CENTREP) has taken a swipe at the so-called leaders and stakeholders of the Niger Delta, describing them as ‘Niger Delta Merchants’.

Executive director of CENTREP, Oghenejabor Ikimi, in a statement signed and made available to Tribune Online on Friday, opined that the Pan Niger Delta Forum (PANDEF) led by Chief Edwin Clark and the Pan Niger Delta Peoples’ Congress (PNDPC) headed by the former National Chairman of Traditional Rulers of Oil Producing Communities of Nigeria (TROMPCON) and Paramount Ruler of Seimbiri Kingdom, His Majesty Charles Ayemi-Botu are nothing, but merchants.

Ikimi said that the bitter feud between the two groups for the control of the soul of the region was an attestation to the claim that they were merchants gunning for their pockets at the expense of the abandoned natives in the core creeks where the basest standard of living subsists.

Recall that militant groups from the region, some weeks ago, made similar claims, denouncing members of PANDEF, expressing loss of confidence and alleging compromise of the group to faithfully represent their demands before the Federal Government.

Ikimi, a fiery human rights activist plying his trade in Warri, advised the Federal Government to do away with the merchants and rather emulate China by acquiring lands in the creeks of the Niger Delta for modernization in order to bring direct development to the people.

He noted that this was necessary as many of the so-called groups and leaders, who jostle to be intermediaries from the region, have commercialized the Niger Delta struggle to feather their nests.

Ikimi, while condemning the feud, said it “speaks volume of the extent to which the Niger Delta struggle has been commercialized and hijacked by some persons we compendiously refer to as Niger Delta Merchants.”

According to the human rights lawyer, “It is, indeed, sad to note that none of the members of the above bodies and their ex-militant apologists live in any part of the creeks of the Niger Delta region, but in Abuja, Lagos, Port-Harcourt, Yenagoa and Warri to mention but a few.”

Ikimi described life in the core creeks as replete with squalor, lack of basic amenities and privation, which he said the so-called advocates of the struggle, living in opulence, hardly experience. 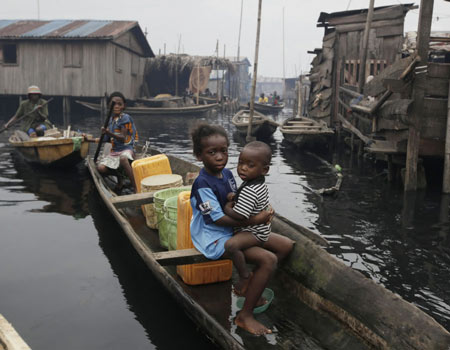 “We are not oblivious of the fact that life in the creeks of the Niger Delta region is unbearable as modernity is far away from its inhabitants who have no pipe borne water to drink, electricity, motorable roads, hospitals, schools.

“Whereas, the creeks of the Niger Delta are oil seabeds from where the Nigerian nation earns foreign exchange from crude oil exports, but are neglected and abandoned.

“Inhabitants of these creeks which we term as ‘the Niger Delta within the Niger Delta’ live in makeshift houses erected on water, defecate in the water they drink and bathe with.

“The creeks are polluted and the entire environment degraded and rendered unfit for human habitation owing to the activities of oil-prospecting companies without any meaningful development by these oil companies and host government.

“The 13 per cent monthly derivation fund that comes to the Niger Delta region are mismanaged, looted and siphoned by state government officials with the tacit support of these so-called Niger Delta leaders and stakeholders through interventionist bodies set up by them.

“A recent report published by the National Bureau of Statistics (NBS) put the 13 per cent derivation money received by Niger Delta States since June, 1999 till December, 2016 at over N7 trillion without any meaningful development in the region to justify the above whopping sum of money, ” the rights activists stated.

Ikimi flayed the FG for plunging the region into perennial crises due to inactions instead of applying the Chinese approach to better the lot of the natives in the creeks.

“The Federal Government has not helped matters as they have been sleepwalking the region into crises upon crises due to their inactions and we call on the Federal Government to wake up from her deep slumber by dealing squarely and directly with the inhabitants of the creeks by bringing modernity to the people of the creeks vide the Chinese approach.

“In developing slums in China, the Chinese government acquired large hectares of lands close to these slums, and brought modernity to same by building motorable roads linking the cities, and built modern houses, hospitals, educational facilities.

“The Federal Government can replicate same in the Niger Delta region or any part of the country without interfacing with any group or body of persons.

“The Federal Government must indeed beware of merchants in the region masquerading themselves as leaders and stakeholders of the people while the conveners of these numerous Niger Delta groups with tongue-twisting acronyms purporting to champion the cause of the people of the region must discipline their stomachs,” he submitted.