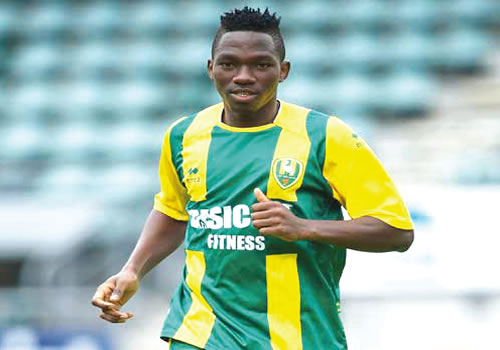 Nigeria defender, Kenneth Omeruo will finally end his time at Chelsea when he joins Besiktas on a season-long loan as it is expected the Turkish champions will then give him a three-year permanent contract thereafter.

As earlier reported, Besiktas cannot sign Omeruo, on a permanent deal for the coming season as this will run foul of the UEFA financial fair play rules, but they can snap the player permanently the following season.

A top source told AfricanFootball.com: “Both Chelsea and Besiktas have agreed that Kenneth will move to Turkey on a season-long loan after which Besiktas will give him a three-year permanent contract, if everything goes to plan.

“Kasimpasa had the option to sign the player on a permanent deal after his loan spell there last season, but they could not afford to do so.

“And now with the Besiktas deal firmly in place, it is very likely they will take up the permanent contract option at the end of the season for the player to finally cease to be a Chelsea player.”

Omeruo was scouted by Chelsea at the 2011 FIFA U-20 World Cup in Colombia.

However, Omeruo has yet to make his official debut for ‘The Blues’ as he has instead been variously shipped out on loan to Dutch club ADO Den Haag, Middlesbrough in the English Championship, before his time with Kasimpasa last season.