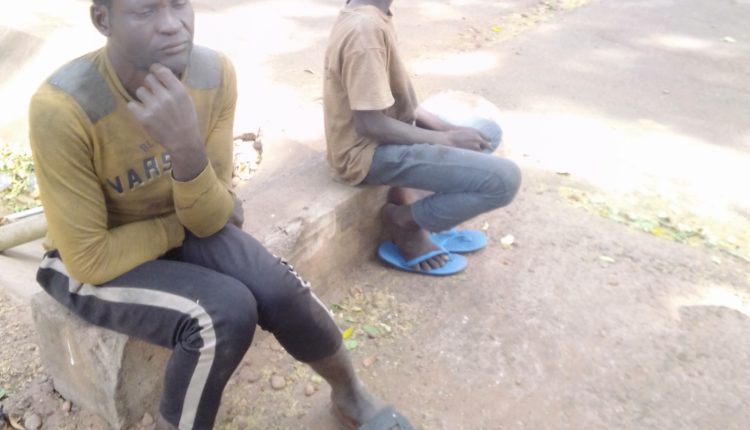 Benue State livestock guards saddled with the responsibility of enforcing the state anti-open grazing law on Friday apprehended a farmer, Atsagba Kuaa and his son who rustled six cows.

The father and son were said to have been arrested on their way to sell the rustled cows.

Addressing newsmen in Makurdi on Saturday, the Security Adviser to the Governor, Col. Paul Hemba (read), also said that a little boy was arrested for flouting the anti-open grazing law.

The little boy was said to have been found grazing 60 cows openly at Yelwata.

Col. Hemba retd, said that the cattle rustler had confessed to the offence with the explanation that  the six cows were found in his farm and had destroyed his crops.

According to the security adviser, the farmer was said to have admitted to being taking the cows to the cattle market for sale as compensation for his damaged crops.

Hemba said, “when the man was accosted alongside his son with six cows, he said that the cows came and destroyed his farm and as a result he arrested the six cows and was already taking them from Gbamjimba to cattle market to go and sell as compensation for destroying his farm crops.

“We did not accept that explanation, so we see him as a cattle rustler and will be treated as such.

“Also, the livestock guards apprehended a little boy who I doubt is up to 10 years alone openly  grazing 60 cows in Yelwata and he was promptly arrested for flouting the state anti-open grazing law.

Hemba reiterated the commitment of the state Governor, Samuel Ortom that criminality in any  form will not be tolerated and stressed that the rustler and his son would be handed over to the police for prosecution.

The Security Adviser further said that the rustled cows would be handed over to the leadership of Miyeitti Allah in the state to trace the owner of the cows and hand them over to the owner.