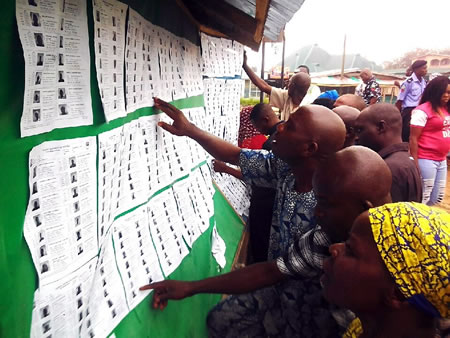 Loko who stated this in Makurdi at the weekend said that the Commission had put every necessary machinery in place, to conduct the local government election.

He noted that the tenure of the present chairmen would elapsed in two months time.

Dr. Loko stated that a team to prepare for the election had been inaugurated, stressing that the commission would conduct a free, fair, credible and transparent poll.

ALSO READ: Ilesha blackout due to damage to infrastructure, attacks of staff ― IBEDC

“I want to believe by his actions and I am convinced that he is not the kind of governor that would push me to the wall to do anything contrary. We are going to conduct free and fair elections. I am a man of integrity and am ready to get it right because a good name is better than gold and silver. Inasmuch as I was appointed by PDP government, l will not be used by any one.

“I don’t look like someone that could be called and used. Prior to this my appointment, I was a renowned academia in higher institution of a very high pedigree and I feel nobody would influence me by virtue of being government in power.

“Therefore, l will conduct elections that would be devoid of manipulation whereby whoever wins will be announced. It is not going to be business as usual because we are going to converge on the issue on the ground of reality.

“Already l have told the governor of Benue State that I am going to protect my interest and my integrity because I have built that over times. Therefore, be rest assured that as an umpire, we are going to conduct fair elections. Benue people are going to witness free, fair and credible elections like they have never witness before,” Loko stated.