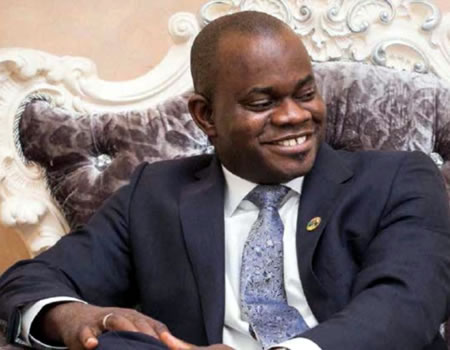 Gov Yahaya Bello of Kogi has offered full state scholarship up to the higher institution to Kogi Under-12 and Under-18 male and female handball teams for their excellent performances at the just-concluded handball tournament in Lagos.

The News Agency of Nigeria (NAN) recalls that Kogi handball teams recently emerged winners in the Under-18 National Handball Championship male and female category with gold and bronze, respectively.

The tournament was held from March 17 to March 23, at the Rowe Sports Complex, Yaba, Lagos State.

The governor, while receiving the trophies and the contingent at Banquet Hall, Government House Lokoja, also thanked the teams for representing and making the state proud.

The governor stressed that the occasion was a special moment where everyone gathered to celebrate hard work, integrity and to also recognise and uplift the young ones who had made the state proud.

Bello thanked the teams and their coaches for their hard work toward victorious outing at the competition.

He also commended the commissioner of Youths and Sports Development, Mr Salisu Ogu, for clearly showing his capacity to achieve results.

He restated that the young ones had clearly shown that they believe in themselves, advising them to remain steadfast to achieve set out goals.

He, however, urged them against acts of thuggery or criminality and again assured them as ambassadors of government they would not be disappointed.

Bello reassured the people of his commitment to ensuring the gross development of other sporting activities to further consolidate on the gains in the sports sector in the last three years.

He further appealed to well-meaning individuals to support the youth and sports sector so as to grow the nation.

Earlier, the Commissioner for Youths and Sports Development, Ogu, said that the success recorded by the ministry was solely a function of the governor’s commitment to supporting the sector as his constituency.

He said that the youth and sports sector of the state was unarguably emerging as a pacesetter and a role model for other states of the country.

Ogu added that the success story was confirmed recently as the state had been given the right to host the forthcoming Under-12 and Under-18 handball tournaments.