Entertainment
By Segun Adebayo On Sep 6, 2020 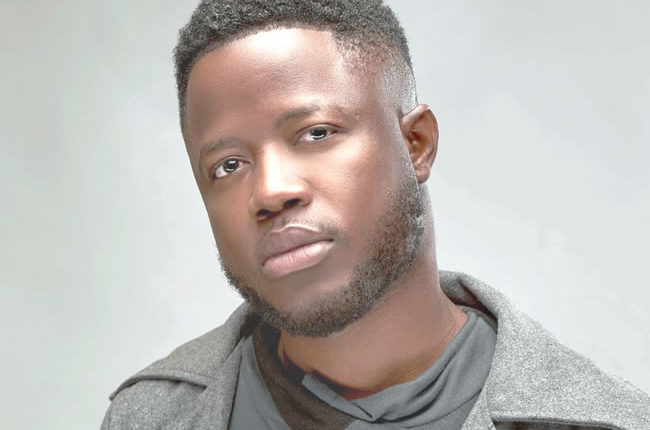 Olurombi Babatunde Samuel, otherwise known as King Samba has taken his gospel music beyond the African shores and currently resides in the US where he’s making waves with his Afrocentric style of music. Samba, who started his music career as a drummer, discusses her musical journey from Nigeria to US in this encounter with Segun Adebayo.

At what point in life did you begin to see music as your profession?

I didn’t know music was going to be a profession for me until one of my church brothers who knew how good I was on drums invited me for an outdoor show. I enjoyed the outing and came back with a lot of money. I was still in secondary school and when I got back to school on Monday, I started spending the money for one week with my friends. When I told them how I made the money, they encouraged me to take it seriously so that we will be having enough money to spend in school.  At that point, I knew I could actually do what I enjoy and still make a profession out of it.

For somebody whose music career started from the church, how have you managed to stay on this path for years?

Well, I started music in church but professionally, I was performing everywhere, including clubs and beer joints. I didn’t see myself as a gospel artiste because I was with a Juju/highlife band and that really influenced the type of music I was making professionally. Although I never lived the kind of lifestyle most of these people live because of my Christian background. I never smoked or drank alcohol even when I was a secular artiste.

We have seen many artistes who started from the church but couldn’t continue as church or gospel artistes, hence they deviated. What’s your story like?

As I said, I didn’t start my professional music career as a gospel artiste Most of these gospel singers do music purposely for money and when they don’t see the kind of money they expected as a gospel singer on time, they run out of patience and they take it to the clubs or blend with the world and inject funny things into their music and gradually deviate. So, it’s going to be a terrible mistake for anybody to start with Christ and end up with the world by deviating. I have experienced the other side of life as an artiste but I promise you, using your talent to glorify God is the best and its blessings are abundant.

From the look of things, you seem to have finally settled in well in the US, how has life been over there as a gospel singer?

Life is different here compared to Nigeria and it is easy for me as a gospel artiste because this nation is dominated by Christians. Apart from that, my church has hundreds of parishes in America. When you make good music in America, people will respect your talent and even the Americans will compliment you despite the fact that they don’t understand your language. Few American singers have approached me for collaboration.

How do you manage to stay focused on the task ahead of you?

That’s not really easy because of other personal commitments too but all those things are being taken care of and I can easily make music now in the comfort of my home.

What took you out of the country in the first place?

You see, I’m still laughing. I came here for vacation but God established me and my family here.

Tell us about your Afrocentric vocal and how it has been so far?

My sound is very unique and people love it. I don’t like to copy or sound like anybody because that is how my boss taught me when I was under him. Identity is very important. When I’m singing, you will always know that it’s King Samba even without seeing my face. It is not easy for the audience to accept new sound and vocal pattern but I’m surprised that people have accepted me and my style.

How would you describe the music experience so far?

It has been sweet even when I was not making any money. There is this joy that comes with playing music for genuine musicians. It became more interesting when money started coming.

Would you remain a gospel singer for the rest of your life?

Yes. I will continue to worship God with my talents and win more souls for him through my music.

How lucrative is the gospel music industry in the US?

In the US, you don’t need to attend many shows or concerts to make money with your music. This is the home of technology and online music streaming platforms are encouraged here. So, my music is doing really well online and I don’t really care about the money if you are inviting us to your church for performance as long as we are going there to win souls for Christ.

It has helped me in meeting a lot of big ministers of God and exposed me to modern technologies for music making.

Stable power supply has helped me too.

From being a drummer to being a back-up singer and now a full time singer, what’s the story like?

It is good to pass through all these stages. It makes you to become solid musically and there is no aspect of music making that I don’t know a bit of. I know how I want my drum to sound on each song and I know what each instrument should play at a particular point in time depending on the type of song we are making.

What’s next after this your new project, Ogun Esu Wo?

Ogun Esu Wo is a very big song and I’m so overwhelmed by the level of support and airplays the song is gaining every day. It is beyond my imagination. I wrote the song almost seven years ago when I was in Lagos and I took it to my church during our choir rehearsal, they heard the song and started jumping up and down with joy but to my greatest surprise, they didn’t include the song in the final list. So, a member of the choir called me after the rehearsal and encouraged me to record the song for myself.  He said God told him that the song will be a big hit. To God be the glory, Ogun Esu Wo is already a hit. It was produced by Tosin Frettic and Dremapiano. I have received calls and messages from a lot of people I look up to in the music industry saying they love the song. The video is being shot here in the US and will be out any moment from now.