Behind her mask set for Nigeria premiere in November, December 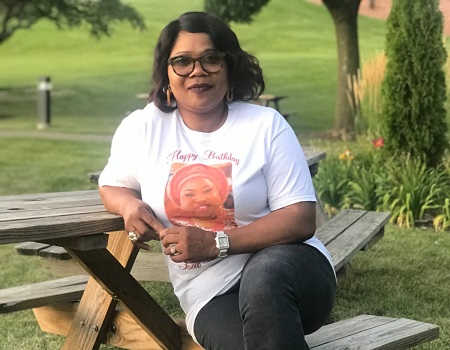 After its successful premiere in the UK over the last months, popular all-female cast movie, Behind Her Mask is set to hit Nigerian cinemas anytime from now as the director and writer of the movie, Biola Akande has assured her Nigerian audience of a swell time.

The movie, which talks about a group of women, who embarked on purpose searching conference to discover their true selves, revealed how two childhood friends, a life coach, fashion model, a full-time housewife and a widow went on a weekend that would transform their lives.

Based on real-life issues, ranging from God’s divine purpose for individuals to self-esteem, mental health among others, the movie parades a class of actresses and personalities, who put in their best to bring their characters to life.

Some of the lead actresses include Yemi Adenuga, the first black female councillor in the Republic of Ireland. She played the role of Ivy in the movie while the character of Daisy was played by Pastor Funmilayo Okeowo, a veteran actress based in London.

Akande, the director of the movie, who has written and directed about seven movies is the second daughter theatre icon, Olushola Ishola Ogunsola, otherwise known as Ishow Pepper

The movie also parades Adedoyin Akande, an HR graduate from Birmingham City University, who doubles as the producer and narrator of the movie. She brought her best element to play in her debut movie project.
Speaking on the project, Akande said the movie would give people an insight into the mind of a woman and will bless every family.

My victory at the Tribunal, victory for democracy, Bauchi people ― Bala Mohammed