He beats me, abadoned us for another woman —Wife 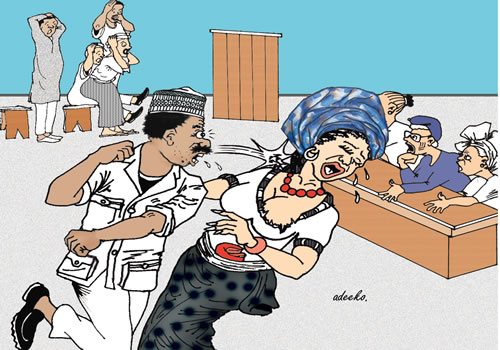 An Ado-Ekiti Customary Court in Ekiti State has dissolved the two-year-old marriage of a couple, Kemisola Adeniyi and Saheed, her husband.

The News Agency of Nigeria (NAN) reported that the marriage was dissolved on the ground that Saheed was not caring for Kemisola and their only child.

Kemisola, 24, told the court to dissolve the marriage because Saheed had insisted that he was no longer in love.

The mother of one said that Saheed was always beating her and abandoning her to go and stay with another woman.

Kemisola said she was tired of the marriage, pleading with the court to separate them and award her custody of their child.

But Saheed, 30, admitted that he had beaten Kemisola once and that he had moved in with another woman, who had also left him.

He pleaded with Kemisola not to leave him.

President of the court, Mrs Olayinka Akomolede, in her judgement, observed that the marriage had broken down irretrievably and consequently, dissolved the marriage.

She also ordered that Saheed should be paying N5, 000 as the child’s monthly feeding allowance.