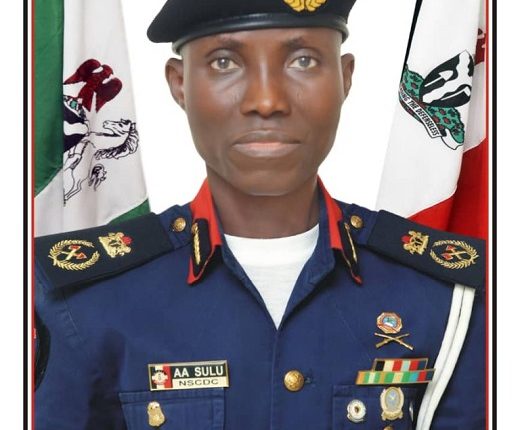 The Osun State Command of Nigeria Security and Civil Defence Corps, (NSCDC), AbdulKadir Alao Sulu, has charged farmers, herdsmen and other stakeholders in the agricultural sectors to see themselves as their brother’s keepers and stop quarrelling with one another.

Also, Osun state governor, Mr Gboyega Oyetola expressed worry over the rising clashes between herdsmen and farmers across some states saying, the embarrassment crisis needs to be stopped.

The NSCDC commandant, AbdulKadir Alao Sulu, who made the charge at a one-day seminar with leaders of farmers, herdsmen, traditional rulers held at the Ministry of Agriculture Hall, Abere, on Friday, affirmed that it is their oneness that would strengthen the coexistences among them.

He argued that the coexistences among the stakeholders could better be fortified when every one of them sees themselves as one irrespective of their different religions, tribes and cultures.

The seminar which was a collaborative effort of NSCDC Agro Ranger Units and the state Ministry of Agriculture was the target in sensitizing herdsmen, farmers across the state to guard against crisis capable of stretching the tiny security thread of our nation.

ALSO READ:Banditry: This is not the right time to negotiate with any group of criminals —Bala Nasarawa, chairman, Fulani Development Association

The commandant further remarked that the agricultural sector in Osun undoubtedly is facing a plethora of security challenges that are weighing heavily on the developmental efforts of the government at both the federal and state levels.

“Hardly is any region of the federation free from one form of security challenge or the other. Some of the security challenges include terrorism, banditry, kidnapping, cattle rustling, robbery, cultism, ritual killings, communal clashes, farmer/ herders conflicts, among others.

“I am delighted on sustaining and ensuring continued peaceful coexistence amongst Farmers, Herdsmen and other stakeholders in the Agricultura sector in the State of Osun Nigeria undoubtedly, is facing a plethora of security challenges that are weighing heavily on the developmental efforts of the government at both the federal and state levels,” Sulu said.

In his own speech, Governor Oyetola who was represented by his Chief of Staff, Dr Charles Akinola, lauded Osun NSCDC under the leadership of Commandant Sulu for organizing the seminar in sensitizing stakeholders in the agricultural sector.

He then expressed worry over the rising clashes between herdsmen and farmers across some states said, the embarrassing crisis needs to be stopped.

The governor however advised them to strike balance with themselves in terms of interaction and peaceful coexistence form economic benefit for all.

Be your brother’s keepers

Herdsmen: Trouble looms In Bayelsa over destruction of farms