Be ready to sacrifice for Nigeria, cleric tells Nigerians 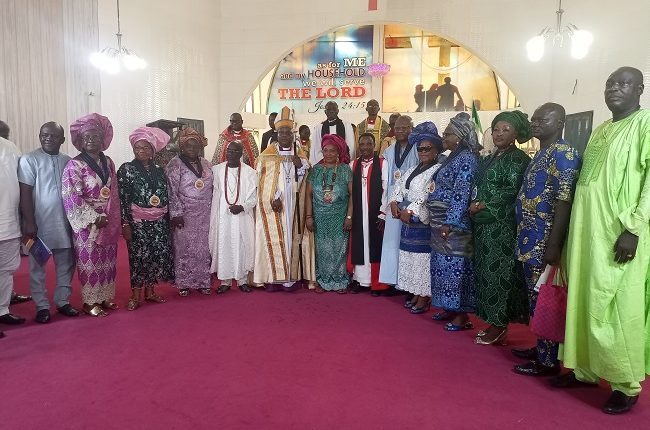 BISHOP and Director of Mission, African Church, Ibadan North Diocese, Right Reverend Jeremiah Okunlola, has charged Nigerians to be ready to make sacrifices for the improvement of the nation.

Okunlola stated that before anybody could attain a position of honour, he or she must possess three qualities, according to the Book of John 12:24-26, which are service, sacrifice and submission.

“The sacrifice I’m talking about must replace our selfish interests. Everybody is selfish in this country, we forget others. The leadership forgets followers, even among the followers, we do forget ourselves; we must have a sacrificial love for one another.

“Cheating is everywhere, even in the church. Cheating occurs because we don’t want to sacrifice anything. There is no one who attains the position of greatness without being submitted to somebody because God promotes but man recommends.

“I believe these are the three things the church saw in them before they were given these awards and I urge them to do more so that they will attain more greatness in life,” he said.

Also, Diocesan of the church, Reverend (Dr) Abiodun Ademola, said the awardees were honoured because of their exemplary service and sacrifices the church saw in them.

“Some of them [awardees] are not members of the Diocese but all I want to advise is that they should abide by the preaching they heard today and also not neglect what made them to be honoured here.

“There were some reasons that were given for them to be considered worthy of this award, so they should not relent in doing that; preaching the word of God, moving forward in their Christian lives and also supporting the work of God,” Reverend Abiodun said.

In her remarks, vice Lay President, Ibadan North Diocese/Ibadan Province, Dr Hannah Afolabi, said this is a yearly programme but due to the pandemic that affected the world last year, last year’s edition could not be organised.