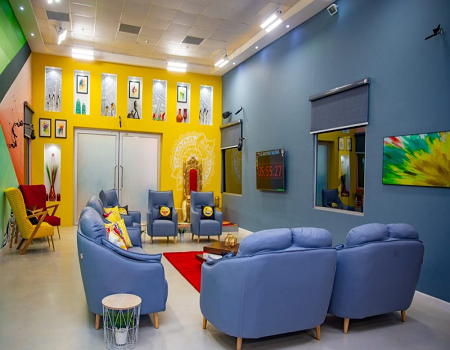 The organisers of Big Brother Naija, Multichoice Nigeria, has said that the multi-purpose house, which hosted the show got the ratings as the biggest and best from the parent company.

The Chief Executive Officer (CEO) of Multichoice Nigeria, John Ugbe, made the revelation during the presentation of the top five BBNaija housemates and the winners of the 2019 contest, Mercy Eke.

Ugbe said that the patent of Big Brother, Endemol, gave the reality show the best ratings so far.

The News Agency of Nigeria (NAN) reports that Endemol is a Dutch-based media company that has the global franchise of the Big Brother show production and distributed multiplatform entertainment content.

The Multichoice CEO said that many hard works had gone into making the most popular reality show in Nigeria a reality.

“A lot has gone into the BBNaija show. We had a dream to have a house in Nigeria after a multi-purpose one built outside the country.

“I think it’s such a miracle to have another one ready in Nigeria within the six months of conception. It appears impossible to us, but just like Nigeria’s spirit, we can do anything.

“We threw everything at the BBNaija house and it was completed. The parent company, Endemol needs to inspect and certify it before commission so they came to Nigeria and inspect,” he said.

Ugbe said that Endemol not only gave the organisers a clean bill of health but also got the highest rating as the biggest and best in the world.

“After the inspection, the feedback is that one, we have the biggest house in the world and this is an official statement from Endemol.

“The second rating is that if the biggest does not translate to best, we are also certified best in the world.

“There is no better facility in the world than BBNaija, so I am really proud because away from the negativity, and wrong reasons, this is the right reason.

“The show also broke so many records ranging from having the largest traffic on twitter to largest inmates. We have the record of over 50 million votes in the final week of the season,” he said.

Ugbe also said that away from the negativity surrounding the reality show, it has been able to bring out African culture and the spirit of bonding in the housemates.

“We have had moments, memorable ones in the house; we have seen the housemates performing tasks within a short time. This is hard to come by.

“I have not had a better Independence Day celebration than what I had during the show, and we have also seen men engaging in cooking and so many positives,” he said.

NAN reports that the top five housemates of the reality show were also in attendance with sponsors such as Bet9ja, Heritage Bank, Innoson Motors and others.