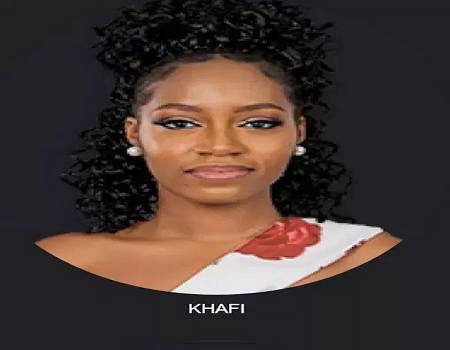 It will be recalled that two housemates, Gedoni and Jackye were, on Sunday, evicted from the Big Brother House, a decision which has reduced the number of current housemates to 13.

The Head of House challenge is a weekly challenge that usually comes up every Monday.

For this week Monday challenge, the housemates were asked to arrange puzzle correctly within a few minutes.

Fortunately, Khafi arranged hers correctly before other housemates.

Meanwhile, she has chosen Tacha as a mate to share the Head of House special room with.

Fans and lovers of the reality show have reacted to Khafi winning the HOH challenge after Gedoni, her favourite housemate left the house.

@DSTV Nigeria tweeted “Khafi has won the HOH challenge, why are all these good things happening to Khafi now?”

@Hihque tweeted “When Gedoni was around, Khafi was praying to win HOH so they can do marathon without disturbance. It’s now that he’s is gone that she finally won HOH. Khafi’s mum must have prayed fervently. What an imirimirous God”

@tiana tweeted “When Khafi won the Veto power, she didn’t get to use it. Now the HOH again, they have come to take it from her. Village people dey work o”

@Kemi Lala Akindoju tweeted “Khafi is head of house!!!! From car, to removal of distraction, to Head of House. At least, she is there for two more weeks”

However, Khafi is the second female housemate to become the Head of House of the “Pepper Dem” reality show.