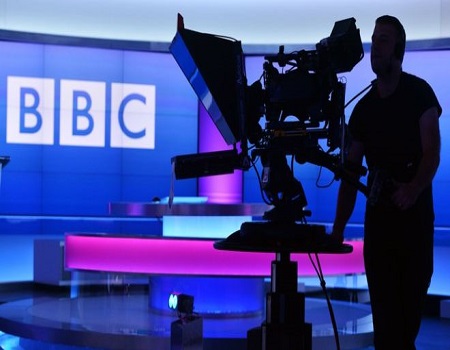 Around 450 jobs will be cut from BBC News under plans to complete its £80m savings target by 2022.

Outlets to be hit by job closures include BBC Two’s Newsnight, BBC Radio 5 Live and the World Update programme on the World Service.

BBC News boss Fran Unsworth said there had to be a move away from traditional broadcasting and towards digital.

But broadcasting union Bectu said the changes mean staff will be “under even more pressure to deliver”.

BBC News currently employs around 6,000 people, including 1,700 outside the UK. Its budget after the changes will be around £480m per year.

Unsworth, who is director of BBC News, said: “The BBC has to face up to the changing way audiences are using us.

“We need to reshape BBC News for the next decade in a way which saves substantial amounts of money. We are spending too much of our resources on traditional linear broadcasting and not enough on digital.”

The corporation announced in 2016 that it needed to save £800m, with around £80m of that figure coming from News.

Just over £40m – around half – of the savings required in BBC News have already been found over the past four years.

The remaining savings will be found in large part by restructuring the newsroom to adopt a “story-led” model, which will see planned stories each rolled out across a greater number of programmes and outlets.

The BBC said this would avoid the duplication that occurs from several programmes putting resources into the same news stories.

However, the changes mean there will be a reduction in the overall number of stories covered, and Newsnight will produce fewer films.

The corporation said further information about which specific jobs are to go will be announced early in the summer.

Unsworth also said there would be a review of the number of presenters BBC News has and how they work.

While Victoria Derbyshire and World Update will be closed, Unsworth said there are unlikely to be any further closures of entire programmes or services.

The savings are expected to result in post closures across BBC News as the planning and commissioning of stories is centralised.

The BBC News website will be largely, although not entirely, protected, as the corporation prepares to invest further in digital, including the launch of a new version of the BBC News app.

The 450 job cuts include around 50 post closures at the World Service that were announced at the end of 2019.

The BBC is struggling to connect with many British people – especially those from poorer socio-economic backgrounds, and – even more so – those under 35.

The licence fee, which accounts for around 75% of the BBC’s revenue, is under unprecedented political and structural pressure.

These three facts have driven the changes announced today.

The first made pain inevitable; the second has determined the nature of the cuts announced; the third means the audience the BBC has in mind when making these changes isn’t just licence fee payers – it’s the inhabitants of 10 Downing Street.