Bauchi to embark on renovation, construction of schools next year 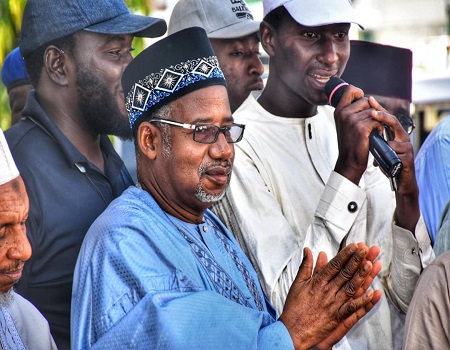 As part of efforts to address the menace of out of school children in the state, Bauchi State Government is to embark on massive renovation and construction of new schools next year as it has been captured in the 2020 budget estimates to be presented to the State House of Assembly soon.

Bala Mohammed said that the measure is to ensure human capital development in the state’s education sector as well as overcome some of the challenges facing the effectiveness of the sector.

This was disclosed by the Bauchi State Governor, Sen Bala Abdulkadir Mohammed who also reaffirmed the determination of his administration towards the payment of scholarships to all categories of students as at when due.

The Governor gave the assurance while granting audience to officials of the National Union of Bauchi State Students (NUBASS) who paid him a courtesy visit at the Government House Bauchi on Wednesday.

Bala Mohammed who expressed concern over the non-payment of scholarships allowances to the students by the previous administrations in the state in the last 5 years, pledged to block leakages in the payment.

The Governor then used the medium to express satisfaction with the peaceful conduct of the recent NUBASS election and called on the officials to justify the confidence reposed in them by the members.

Earlier, the NUBASS National President, Comrade Adamu Musa Kaloma expressed gratitude to Governor Bala Mohammed for pledging to ensure timely payment of the students’ scholarships allowances which he said will ease the tension the students are going through due to the non-payment of the stipends.

The NUBASS National President acknowledged the efforts of the government towards restoring the lost glory of education sector in the state and assured him of their support in order to achieve the desired objectives and goals of the administration.