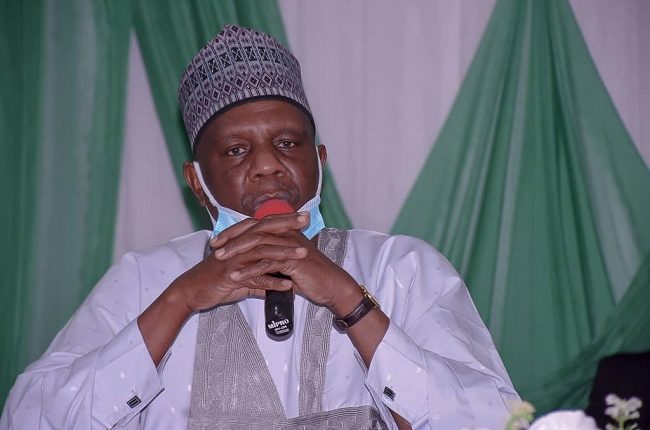 Names of a total of 715 civil servants have been removed from the payroll of Bauchi State Government as part of its efforts to address the problem of ghost workers in the state which has remained hydra-headed.

The disclosure was made by the deputy governor, Sen. Baba Tela while addressing the press in Bauchi on Wednesday, shortly after the State Executive Council (SEC) meeting presided over by the State Governor, Sen Bala Mohammed Abdulkadir.

He said that the aim of the press briefing was to keep the people of the state abreast with the progress the government is making in addressing issues regarding salaries in the state, adding that the intention of the committee set up about four weeks ago is to have a sanitized payroll system.

He added that “The early system for payment of salaries and wages in Bauchi state has been compromised. There is a collusion between the beneficiaries and the staff to the extent that the software we are using has been opened to a lot of manipulations, therefore, we can not place any reliance on it.”

The Deputy Governor further said that “From some of the manipulations that were discovered by the committee recently set up on salary, 715 people had been flagged off and their salaries had been stopped for one reason or the other. We have their lists and the reason for stopping every salary has been clearly provided.”

He explained that “What the government wants to do is to ask the commissioners in charge of the different ministries and whoever is in charge of an MDA to take their own list and go back to those people, sit and interview them.

“It’s fine if it is something that can be sorted out but if it can not be sorted out, then, that automatically is the kind of thing we are saying about ghost workers in the system and definitely, we can not continue to pay people that don’t deserve to be paid,” Baba Tela further said.

He then assured that everything possible will be done to ensure that the issue of salary payment was standardized and normalized in the state announcing that the Governor has extended the period of time given to the committee by 4 more weeks to enable it completed the assignment.

Also Speaking, state Commissioner for Local Governments and Chieftaincy Affairs, Abdulrasak Nuhu Zaki said that it was discovered that a lot of retired staff and personnel of local governments were still appearing on the payroll, stressing that such a development must stop as it was aggravating the problem of ghost worker syndrome in the state.

State Commissioner for Justice, Barrister Yakubu Bello Kirfi in his contribution disclosed that the identity of people who engaged in salary fraud in the state would be made public after the Police must have concluded the ongoing investigations in the issue.

He disclosed that already some people have been handed over to the Police to ascertain their involvement in the fraud which has made the state lose huge amounts of money over the past few years.

The issue of salary has remained a nightmare in Bauchi state over the years leading to many civil servants not getting salaries for as many as 9 months.

In spite of the huge investment in the water sector by the government and international organisations, water scarcity has grown to become a perennial nightmare for residents of Abeokuta, the Ogun State capital. This report x-rays the lives and experiences of residents in getting clean, potable and affordable water amidst the surge of COVID-19 cases in the state…Bauchi tackles ghost workers  Bauchi tackles ghost workers